“I’M GOING TO BREAK YOUR JAW IF YOU DON’T GET OUT OF MY FACE IN THREE SECONDS.”

This dude was big. Hulk-status. Easily could have broken both of our jaws in under 3 seconds with a flick of his finger.

I don’t know if he was more angry with the fact that we were hitting on his girlfriend and her two friends, or that I had mentioned pickup, to which Steve denied our involvement and said that we were actually magicians. I think it was a mix of both (which is messed up, because who doesn’t love magicians?!?). After unsuccessfully pleading “Social Interaction”, Steve and I channeled our inner-Houdini, pulled a disappearing act, and got our fake magician asses out of there, jaws still intact.

Steve had actually randomly opened this conversation with “Hey, my friend Dave here writes for a dating website. Do you think that makes him seem like kind of a douchebag?”

Apparently, yes. To these girls, it did make me seem like kind of a douchebag. Hulk-man agreed.

But you know what? This was funny as Hell, and not just because the Asian girl in the group openly gawked at Steve and I for at least 10 seconds as we walked away.

You see, we don’t spend half our night thinking about what to say and juicing up on liquid courage. We just say stuff. We say stuff that WE think is funny and will add value to OUR night. We don’t try to get some sort of reaction out of a girl or a group of people (this is important). And sometimes we even pretend to be magicians if we have to, because we’re just THAT fucking cool. Sometimes it turns out great, and sometimes not so well. It doesn’t matter.

We always have fun, and that’s the whole reason we go out.

But do you know what I hate about most guys? When it comes to approaching women, they go from big time macho Hulk-men to prissy little Barbie girls. It’s absolutely pathetic. It’s pathetic because it is literally SO easy to open a conversation with a girl.

They make constant excuses, the biggest one being “But I don’t know what to say!” This is not a valid excuse. Newsflash, bro. It doesn’t matter what you say. You don’t have to sit in your basement like a mad scientist and craft 100 of the most perfect lines that will make a girl rip her clothes off immediately. That’s why you read PostGradCasanova ;).

But on a serious note, I’m a big believer that what you say DOESN’T matter; it’s how you say it.

You can say the smoothest, most Casanovatastic line in the world, but if you squeak it out while sounding like a poor imitation of Pee Wee Herman, you’re just going to end up jerking off in a South Carolina movie theater. 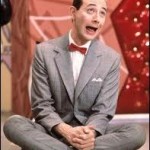 This topic will be expanded on in the future (Approaching women, not jerking off in movie theaters), but for now, in order to prove that it doesn’t matter what you say, I’ll give you a list of 35 absolutely ridiculous things I’ve ACTUALLY said to women when approaching them. If I can say things like this, you can certainly say “Hi.”

Keep in mind the following:

-I said most of these off the top of my head. It was the first thing I could think of when I spoke to   the girl.

-These aren’t “stock” lines. You can use them if you want, but this is just kind of a compilation of random things that I’ve said.

3. I saw you checking me out over there. I’m not a piece of meat you know.

4. Do you want to fight right now? Let’s take this outside.

7. I like your hair, it’s almost as good as mine *strokes hair-flip back*.

9. Don’t say anything yet. Let me guess. Your name is Cindy, you’re a 7th grade school teacher, you have this weird obsession with oranges, and you love tall, brown haired blue-eyed guys.

12. I love your face. (Not actually in love with her face)

13. (Obviously not matching) We’re matching! This is awkward.
14. (To a bachelorette) You can’t get married! I love you! I’m going to break up the wedding, movie style, sweep you off your feet, and then break your heart a week later. You in?

17. Are you REALLY drinking wine on a Saturday night out? You must be having guy problems. Give me a hug.

18. (Girl who looks like Miley Cyrus) Wow I can’t believe I’m finally meeting you. I loved that “7 Things I Hate About You” song. Can you autograph my chest?

19. Je veux vous embrasser dans la bibliothèque pendant le matin. (I want to have sex with you in the library in the morning).

21. Is that real leather? I love pilots. Is your plane nearby?

22. Stop trying to seduce me from across the room. 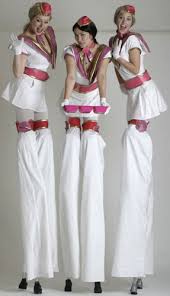 29. So are you one of the country singers whose going up later? The curls kind of give it away.

30. I almost wore the same dress tonight. This would have been terribly awkward.

32. You looked like such a bitch from over there. I had to come say hi.

33. (As a guy is buying her a drink) Did that guy really just buy you a drink? Come find me after you give him five pity minutes of your time.

34. (To a girl on stilts) Hey listen, I think you are absolutely gorgeous but I get kind of intimated around girls who are over a foot taller than me. We’re going to have to work through this.