5 Painful Lessons from My Most Excruciating Mistake of 2012 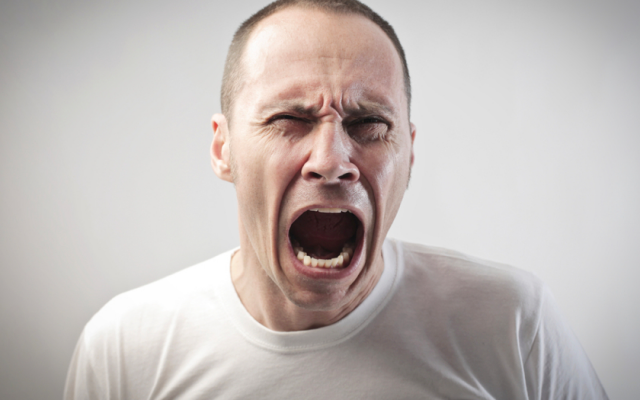 “This is so much more than a dotted line,”

I thought, as I quickly scrolled to the bottom of the lease. Visions of parties, wild drinking nights, and sexy college girls swept through my mind. This was the key to one of the most epic years of my life.

Yes, I was excited for the parties and the crazy nights. That was part of it. But deep down, there was a different reason. A much more shameful reason.

I was afraid of the real world.

I was petrified. Although I was graduating in 2 months, most of my best friends had another year left before receiving their diplomas. I felt like I was light-years behind everybody in my graduating class.

This dotted line was my ticket to an extra year of fake life. I could masterfully escape the responsibilities of the real world, if only for one more fleeting year. My one-year enrollment in graduate school would mask my embarrassing fear and temporarily save me from the discomfort and uncertainty of life after college.

So I signed it.

I signed away my freedom for the next twelve months without so much as a second thought.

I wish I could go back in time and yell at myself.

“NO YOU IDIOT! WHAT THE HELL ARE YOU DOING?!? *SLAPS IN FACE* ARE YOU OUT OF YOUR FUCKING MIND?!? You’re signing a lease because you’re afraid to move on. At lease give yourself some time before you decide to jump ship and become Van Wilder.”

But time machines don’t exist yet, and I was making the biggest mistake of the year (and possibly my life).

Over the summer, I expanded my social circle and began branching out to Boston. I spent nearly every weekend there and it was nothing short of epic.

I was also accepted into graduate school for accounting. But after a change of heart, I decided to decline it. It wasn’t for me, at least not yet.

Before I even moved into the house, I felt trapped. I stood there in August, a completely different person than the one who carelessly signed that lease four months prior.

I was ready to move on. Ready to go to the city, move to Boston, NYC, wherever. I was ready to get out of Rhode Island and start my life.

But I couldn’t. The rent payments were ridiculously high; nearly twice as high as the average. Narragansett was nowhere close to the city. I resorted to a devastatingly dull desk job in a town over in order to pay the rent.

Rent was so high that I was saving less than $100 each month. Not to mention, I was suddenly over the college scene. I felt out of place and I just didn’t care about it anymore. I was in a different headspace than my friends.

If I didn’t do something, I’d be literally wasting a full year of my life.

I couldn’t live with that. The whole situation was a gigantic mindfuck. That’s the only way I can really describe it.

Did we have some crazy times? Of course. We had day parties with bouncy castles and people crowdsurfing off of our roof. This place was the most epic party house you could imagine. The basement was larger than most bars and the ocean was literally in our backyard. But we got in trouble EVERY TIME. Lots of fines. 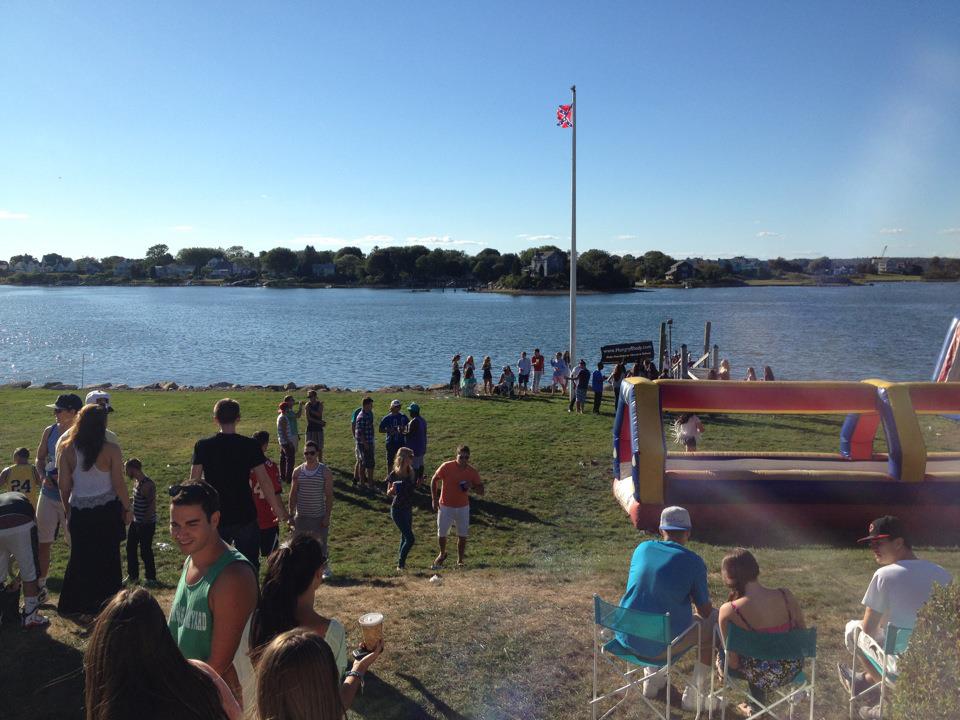 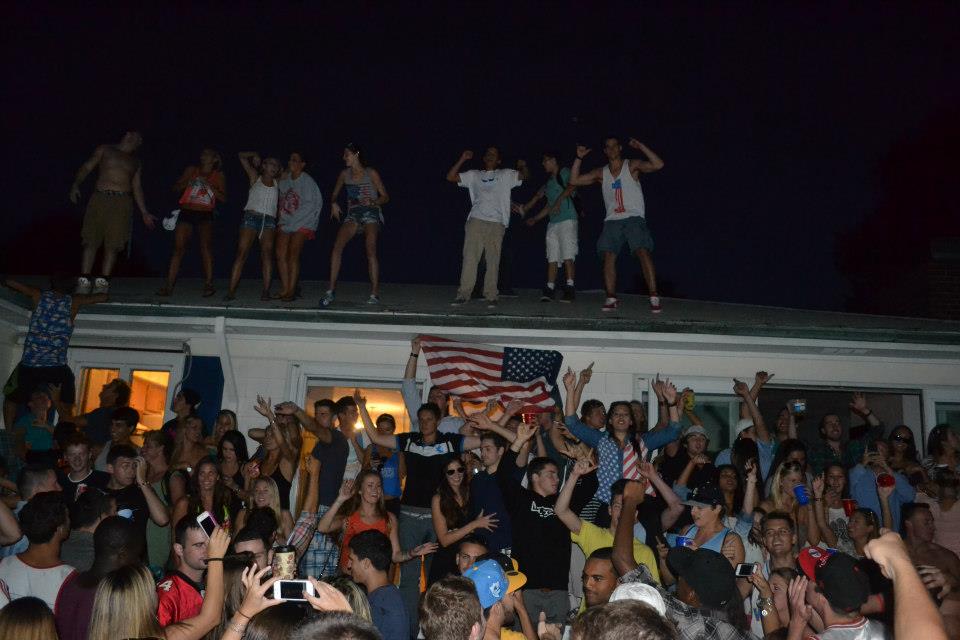 We had a few people over… 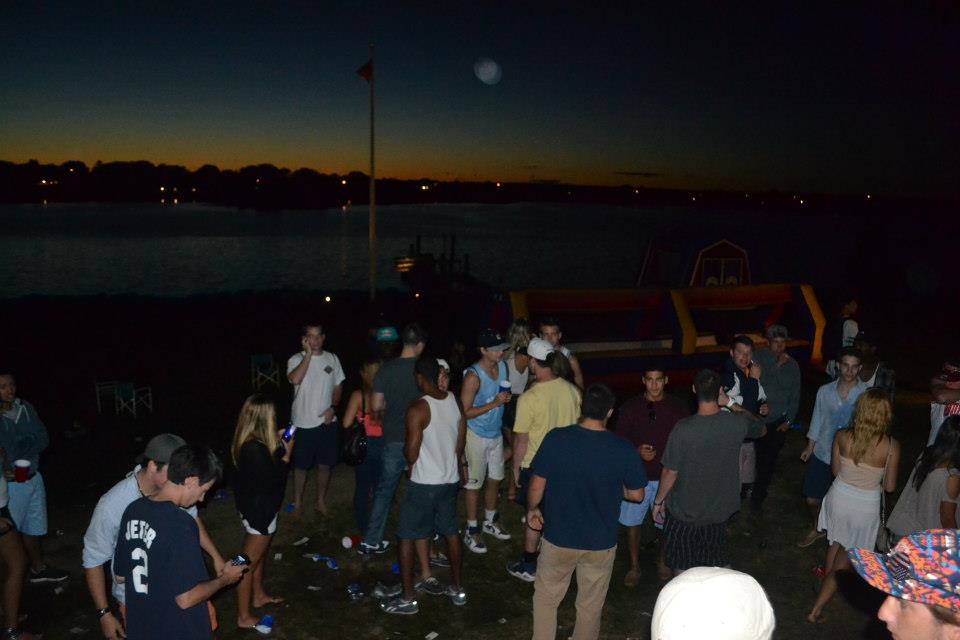 I’ve managed to weasel my way out of the lease. Thank God. Didn’t think it’d be possible, but I guess when you want something bad enough you’re willing to do anything to make it happen.

Here are some takeaways and valuable lessons I’ve learned from this careless lapse in judgment:

1. Feel the Fear and Do It Anyway

Life after college is scary. Most people don’t know what the Hell they’re doing or what path they want to take. That’s okay though. You don’t need to have everything figured out. You just need to start somewhere. It’s perfectly fine to go to graduate school, but do it for the right reasons. Don’t do it because you want to put off your collision with the “real world” for another year or two.

If you ignore your fears, they will intensify. Constantly lurking around every corner, your fears will hold you hostage. They will overwhelm you. It’s better to face them head on. Once you do, you’ll realize they’re not as bad as you thought. Life is too short to play it safe. I acted like a little bitch and almost wasted a full year of my life. Don’t make the same mistake.

2. Surround Yourself with Like-Minded People

There’s a famous saying that you are the average of the five people you spend the most time with. It’s cliché, but I think it’s true. Surround yourself with like-minded people who will challenge and encourage you, instead of those who will question and doubt you. It can make the difference between plowing forward and accomplishing your goals or giving up and drowning in a pool of your own self-pity.

3. Think Carefully Before Signing Anything

Seriously. Read the fine print. Think of the possible outcomes. You may be a different person when it comes time to fulfill the responsibilities of that signature. And then you’ll feel trapped, get inspired to start an incredible blog, write a NY Times Best Seller, and eventually take over the world. Just kidding, I’m already doing that, so don’t get any big ideas.

4. Look for the Potential Good AND Bad in Every Scenario

As humans, we tend to look only at the good when we envision a scenario that seems favorable to us. Before I signed the lease, I thought of all the crazy parties and fun we would have at the house. It was going to be wild. I didn’t really consider the stress I’d undergo as a result of the ridiculous lease payment, or the potential partying fines. Look at both sides of the scenario, because it’s never all paradise. Know what you’re getting into. Nobody wants to be the mayor of FuckedVille.

5. If the Cops Come to Your House, Don’t Run Away 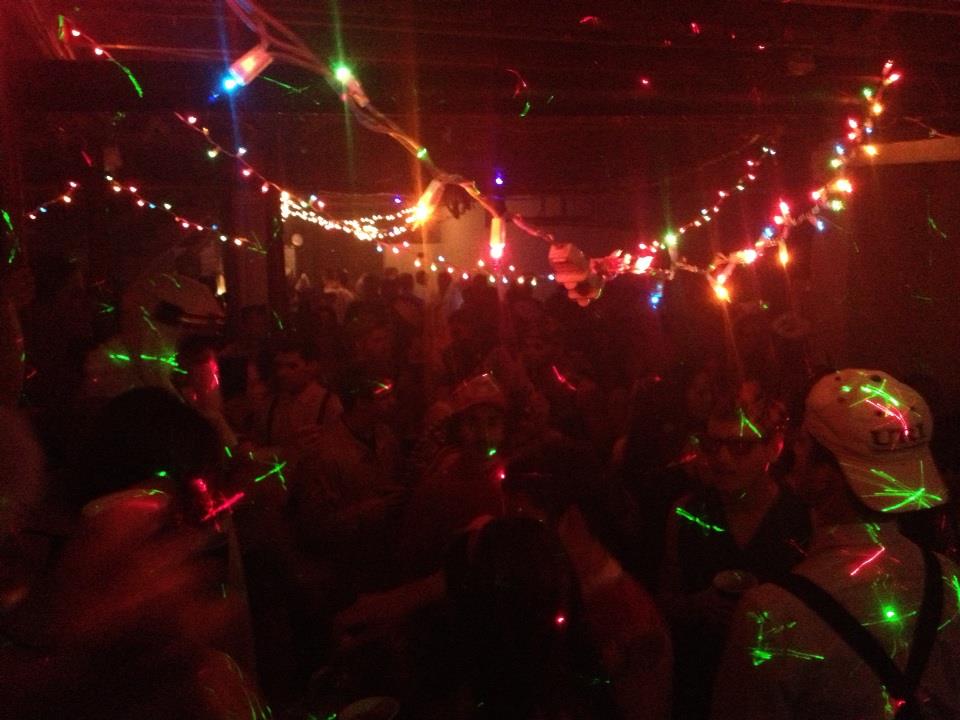 It was 2am and we were in the midst of a crazy Halloween party. Our basement was filled with over 200 people. As we were about to call it a night and end the party, the cops came. In a moment of drunken genius, we decide to blend in with everybody else and walk by the cops at our front door. If we’re not there, they can’t get us in trouble, right?! Wrong. The cops paid a visit to our house the next morning, armed with hefty fines for each of us. We had to apologize to the cops in the police station later that week.

In hindsight, I could have handled these past four months much differently. I played the victim too often and too easily. It was pathetic. Very grateful that my friends put up with the bull shit.

You’re going to make completely dumb mistakes in life, especially as a young 20-something. You just have to grit your teeth, plow through, and recover. And try to learn something from it, however painful it might be, because it will be much more painful to go through the same thing twice.

What was your biggest mistake of 2012? What did you learn from it? Tell us in the comments below!