6 Risks That Paid Off In My Twenties 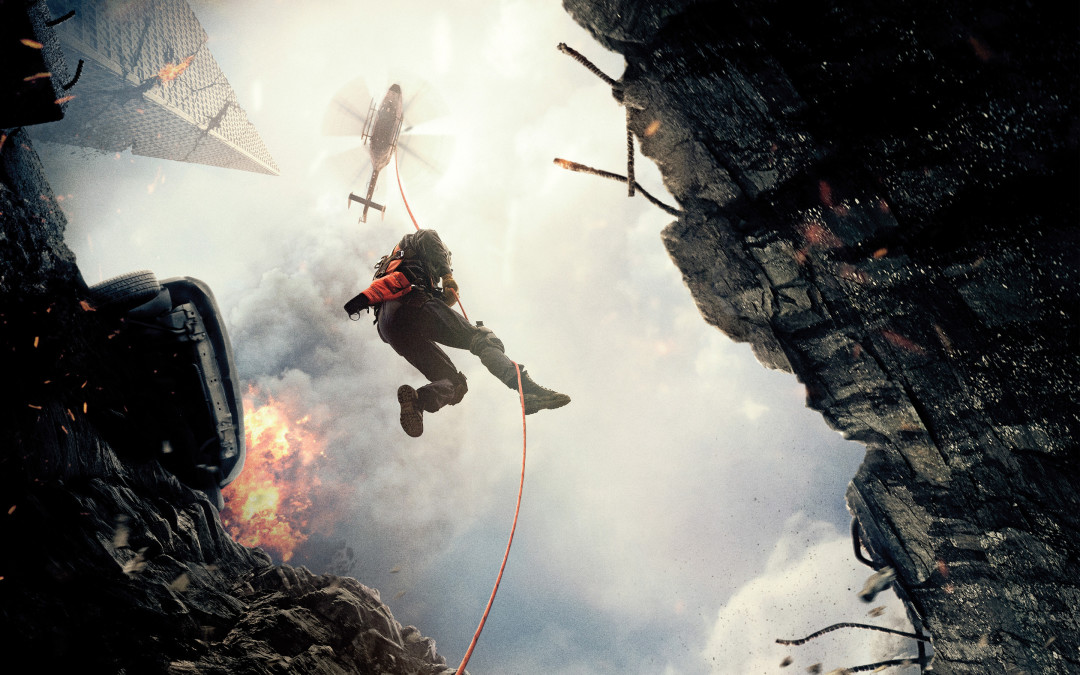 Risks are a funny thing.

In the moment, most people will tell you NOT to take them.

Why? Well, that pretty girl over there might reject you. You might go broke. What if you get sick? What if your plan fails? And on and on…

Your parents and friends will question you. People will doubt you and some will even think you’re a little crazy. The haters will come out of the woodwork.

But I gotta be honest with you. Risks are crucial to your success.

Now, I used to play it pretty safe. I didn’t take too many risks. But somewhere along the line, all that changed. I realized that in order to live the life I truly wanted, I needed to risk everything.

It is better to risk starving to death then surrender. If you give up on your dreams, what’s left? — Jim Carrey

I didn’t want a boring office job. I didn’t want to do the same thing day in an day out, and hide my true self.

I wanted freedom, adventure, and excitement. I wanted a journey I could enjoy and struggle through at the same time.

I wanted to date A LOT of women too.

And the only way I could get there?

So, that’s exactly what I did.

And with a little guts, you can do the same…

Here are 6 of the scariest risks I took that have paid off.

1. Trying to Improve With Women

“Two roads diverged in a wood, and I… I took the one less traveled by, and that has made all the difference.” – Robert Frost

When it came to women, I didn’t know what the hell I was doing. So, I basically had two choices: Accept it and settle in my relationships, or try to get better. I chose the latter. 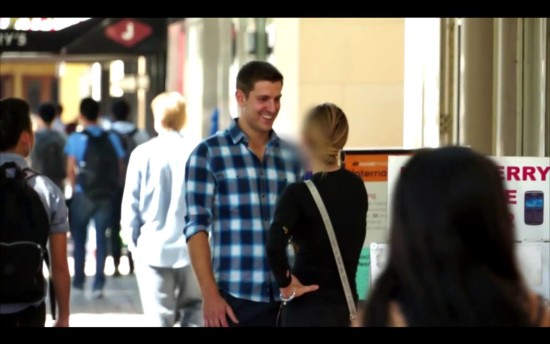 Picking up girls with Simple Pickup in LA

While most guys I knew just kind of sat around and never approached women, I made it a point to actively get into as many conversations as I could. And with every bonehead mistake, I ingrained another lesson into my subconscious. I started to get better, and more and more women were attracted to me.

I took it a step further went to a meeting with a “pickup group” in Boston. I drove out to Boston, and met up with 15 random guys with the intention of going out and picking up women. This helped bring my “game” to the next level. A lot of those guys became close friends.

As I took the steps needed to improve with women, and connected with like-minded guys as a result, I started having more realizations. Perhaps most important was: “I have complete control of my life.” I no longer had any excuse NOT to try and live the life I truly wanted.

Most of those guys I connected with have gone on to become successful entrepreneurs, and we’ve all traveled around the country and/or the world.

“The most important thing to remember is this: to be ready at any moment to give up what you are for what you might become.” – W. E. B. Du Bois

I was on the fence about attending graduate school for accounting. I got accepted, I just needed to enroll in classes for the fall. My friends, family, and professors all strongly suggested I attend graduate school. After all, it was just a one year program, and it would give me “a lot of opportunities.” 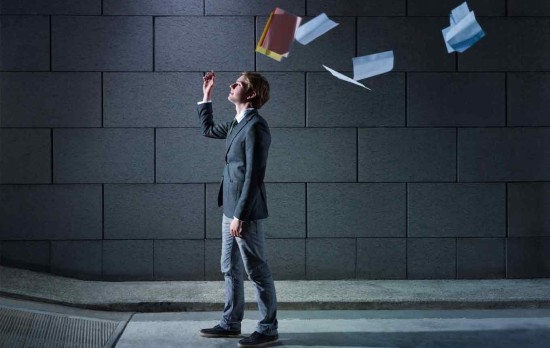 But with my new-found realizations from pickup success, I started having doubts. I didn’t truly want to be an accountant, so why would I go to graduate school? But at the same time, I felt trapped. If I skipped grad school, I literally felt like there was a chance my life could be a total failure.

I decided that, despite the risk, I had to skip grad school. It didn’t fall in line with the adventurous life that I craved.

So, I sat my parents down and told them the news. They were PISSED. My friends thought I was a little crazy too. But the decision was one of the biggest turning points in my life.

3. Starting a Blog and Being Completely Open

“Often the difference between a successful man and a failure is not one’s better abilities or ideas, but the courage that one has to bet on his idea, to take a calculated risk, and to act.” – Maxwell Maltz

This blog was a risk in itself, and it still is. Especially the choice to put my name on it. Women I date always search my name on Google, and this site comes up. So, it forces me to talk about this kind of stuff openly. 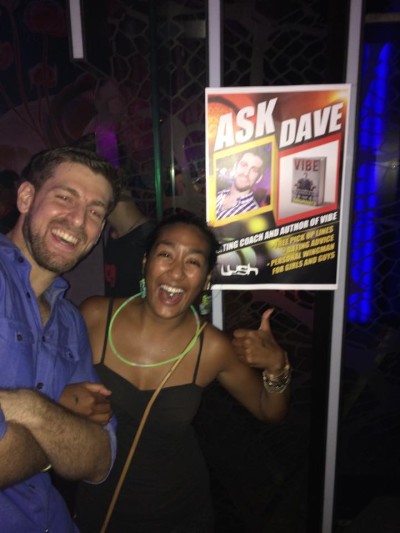 Taking over the Saigon nightclub scene

(Note: This is actually a hidden benefit. I notice I get along best with the women who like my blog. They share many of my same values. So, it kind of filters out women who I wouldn’t vibe with anyway.)

Not only that though, but the things I talk about here are usually pretty vulnerable. Stuff that most people would prefer NOT to talk about, like their failures, wanting to leave their job, dating experiences, etc.

But I had to create this site. For me, I’ve always wanted to help people realize that they can live outside the realm of what society thinks is possible. And this is one of my mediums to spread that message. Plus, it feels awesome to constantly be growing something.

“Whatever you do, you need courage. Whatever course you decide upon, there is always someone to tell you that you are wrong. There are always difficulties arising that tempt you to believe your critics are right. To map out a course of action and follow it to an end requires some of the same courage that a soldier needs. Peace has its victories, but it takes brave men and women to win them.” – Ralph Waldo Emerson

I didn’t succeed immediately after skipping grad school. Far from it. I was a door-to-door guy for 10 months throughout that next year. I learned a ton from the position, like how to sell and how to deal with rejection. I also learned how to stomach through 60-70 hour work weeks, and that I never want to do that again. 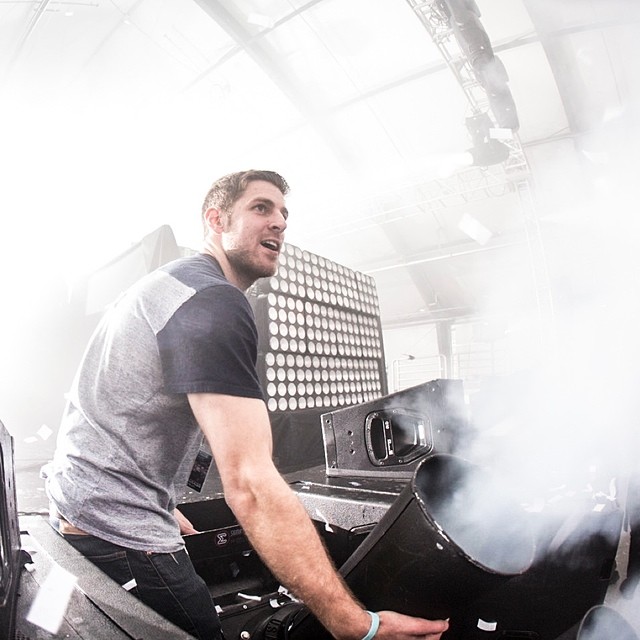 But I knew I had to quit. My goal was to save up a chunk of money and then head out on my own. Once again, I felt trapped. This time, in the comfort zone of a steady paycheck.

I walked into my boss’s office after a long day of work, sat down, and told him “The jig is up. I can’t do this any more, man.” My boss was a young guy, who’d already achieved success in the conventional sense. High paying job, comfortable position, etc.

He said, “Dave, I’m worried about you. You’ve got all these dreams, but soon enough, you’re going to have to face reality and get a real, steady job.”

I smiled. “You know, I think I’m going to be alright.”

I moved back with my parents to save money, then I taught myself the skill of copywriting. Within 5 months, I was making enough money to travel and support a new, more fulfilling lifestyle.

Moving to Vietnam was maybe the biggest risk I’ve ever taken. I’d never even lived outside New England before, and all the sudden, I was going to move across the world, to fucking ASIA. Once again, my parents and friends thought I was crazy. Very few could understand why I had to do it.

I wanted to connect with tons of location-independent entrepreneurs, have an adventure, and live in a place where I could save money and still live well. In Ho Chi Minh City, Vietnam, I had an awesome lifestyle that barely cost a thousand bucks a month (yes, with everything included).

I remember cruising down the Vietnam coastline on a motorbike, going 75 mph, and thinking “How the fuck did I get here? This is fucking AWESOME.”

Vietnam was a scary transition at first, but after a few weeks, I loved it. It wasn’t dangerous like so many people tried to convince me.

I became friends with amazing entrepreneurs, and solidified my location-independent lifestyle to the point where, unless I fuck something up really badly, I’ll never need a “conventional” job for the rest of my life.

Not only that, but it opened my possibilities to travel. Now, I feel like I can travel and live anywhere in the world.

6. Telling the Haters to “Go Fuck Themselves”

With every step of my journey, there were haters. When I declined grad school, people told me I was crazy and I needed to get a real job. Friends literally thought I was a joke. After I quit my job and lived at home, people thought I was a loser, and I felt like one sometimes. 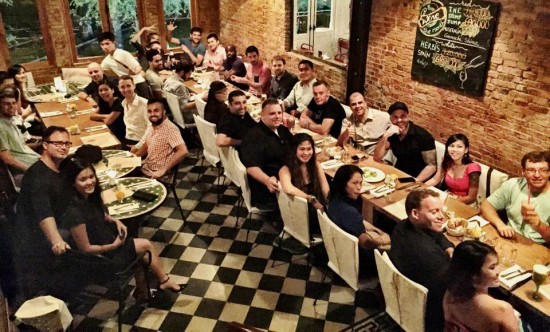 Of course, the big risk was that I’d be wrong, and look stupid.

But throughout it all, I knew deep down that I needed to take the risks. I didn’t want to live the life everyone else seemed to want for me, and so, I had to do things that were out of the norm.

I didn’t literally tell the haters to “Go fuck themselves,” but I did it through my actions.

I made it clear that I didn’t really care what people thought, and I would do whatever it takes to achieve my own definition of success.

And now? I have the freedom that a lot of those haters crave.

Each of these risks transformed my life. I’ve gone from a shy kid who was mediocre with women and petrified that he’d spend life as an accountant, to a confident guy who helps guys improve with women, has a fulfilling location-independent income, and the freedom to spend my days exactly as I want.

And you can do the same.

If you’re curious about making a change in your life, and wondering if it’s possible to “break out of the norm,” I’ll tell you right now that it is. I’ve done it, and I know thousands of other people who’ve done the same.

It doesn’t matter how old you are, what you do right now, how much you make, etc. What matters is that you take action towards the life that you want.

People will always tell you not to take the risks that you need to take.

But life is too short to play it safe. Either you live the kind of life you crave, or you settle. The choice is yours.

So, approach the beautiful girl. Quit the job that you can’t stand. Stop living a life that you don’t fucking love, because you DON’T have to.

And through it all, just remember…

All Life Is an Experiment.

“Do not be too timid and squeamish about your actions. All life is an experiment. The more experiments you make the better. What if they are a little course, and you may get your coat soiled or torn? What if you do fail, and get fairly rolled in the dirt once or twice. Up again, you shall never be so afraid of a tumble.” – Ralph Waldo Emerson

Now go out there and start taking risks, and be the hero of your own epic journey!