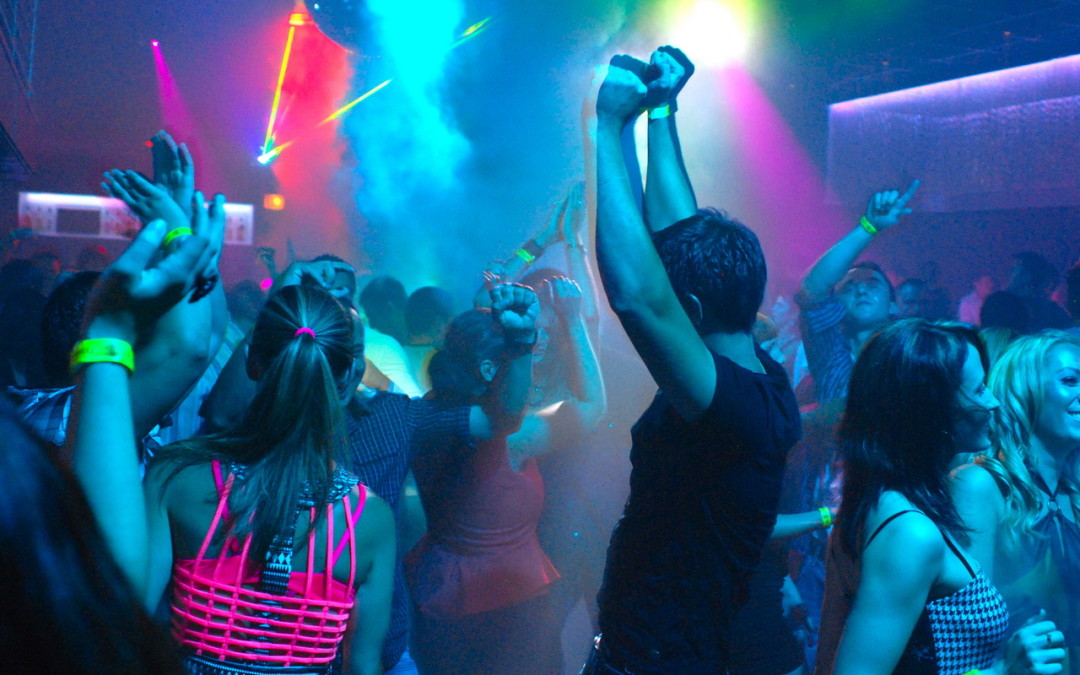 You want to go the club and have an awesome time…

Meet cool people, have some adventures, talk to attractive women, and maybe even bring one home at the end of the night.

But every time you go out, the same thing happens…

You hang with the friends you came with, have a few drinks, maybe talk to one or two girls, and go home with nothing but an emptier wallet.

At the same time, you see other guys successfully approach the beautiful women you were eyeing.

“They probably know each other,” you convince yourself. But you know they’ve never met. You know that guy just had more balls than you, and it sucks.

Of course, you want it to be different. You want to be the guy who has success with women at the nightclub or bar, and has an awesome time…

But on the same token, you don’t want to be all “pickup-artisty” and approach every girl in the venue.

What is Social Momentum? 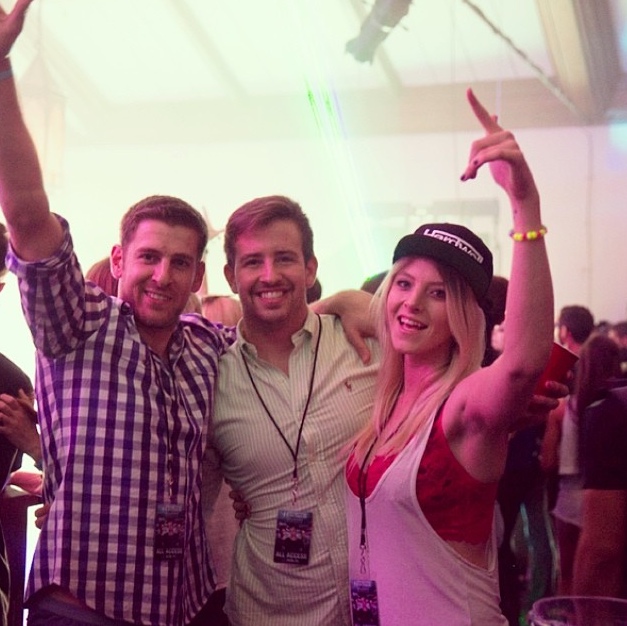 So much social momentum

You ever go to the bar and feel sort’ve…in your head…at least, at the beginning? That’s essentially because you haven’t warmed up yet…

You probably won’t want to approach the pretty girl and tell her how sexy she looks in the red dress…at least, not yet. It just feels a bit weird.

Now let me ask you this: would you show up to the gym and squat 300 pounds without first getting loose and doing a couple warm-up sets? No, right? You’d be way too stiff and you might even get injured.

Well, just like the cross-country race, you probably won’t be rearing to go the second you get into the bar or club. You’ve barely had a conversation yet, so you might have a hard time jumping into a direct and/or deep conversation with a girl. You might stutter, feel nervous, and flat out not even want to talk to anyone.

You need to warm up. Social momentum is essentially warming up, and carrying that energy into each new interaction you have, so that each interaction builds on the next.

If you can master this, you can literally walk up to a woman at the end of the night, fueled by a ton of social momentum, and pretty much take her home with you in minutes.

At the very least, by building social momentum, you’ll find it MUCH easier to approach and have quality interactions with the women you’re attracted to. Plus, you’ll have an awesome night almost every time you go to the bar or club.

How to Build Social Momentum (and Have an Awesome Night)

View the Night as One Interaction

We’ll get into some actual techniques to build social momentum in a second, but this mindset is KEY.

Instead of looking at the night as a bunch of different interactions, start viewing the whole night as one big interaction.

What does this mean? Well, throughout the night, you’ll interact with different girls. But you probably won’t spend your entire time at the bar/club with the same girl. Some girls will walk away even when things seem to be going well. Now, most guys get dismayed when this happens. They feel like they wasted their energy and have to start all over again with a different girl.

But when you see the entire night as one big interaction, you focus on building social momentum. With each little interaction, you get more in the zone. You can transfer that energy from one conversation to the next—it’s almost like you pick up where you left off.

Focus on Being Social Instead of “Picking Up” 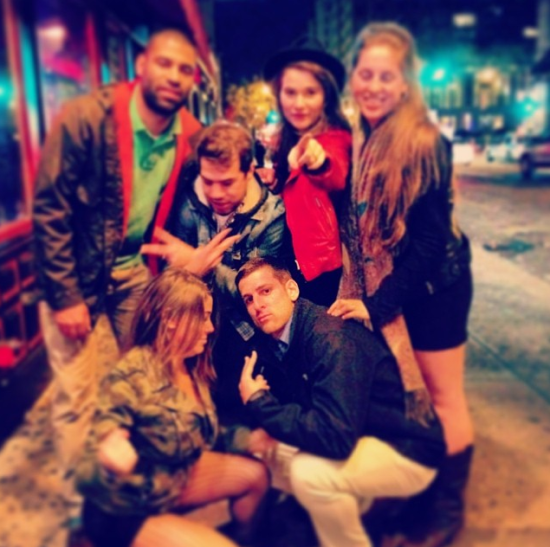 You don’t need to pick up a girl and/or get her number before 10:30pm. Take your time bro. The night is young. Instead, focus on being social. Walk up to groups of people and cheers them. Make situational observations like, “You guys look like fun!” or say something ridiculous like “Do these jeans make my dick look big?!?”

The point is to start off by having fun, and start building on that. You don’t need any other ulterior motive. If you meet an attractive girl in the process, cool, go with the flow, if not, that’s cool too. Either way you don’t need to force yourself to try to close her and bring her home in the first few minutes.

These simple, fun, high-energy conversations are the building blocks to your night, and they rev up your engine of social momentum.

Talk to Someone New in the First 5 Minutes

The longer you wait to talk to new people, the harder it’s going to be. So, get started in the first five minutes and make it easy on yourself. And yes, this means talking to other people besides the guys you came with. Use some of the techniques above to start conversations and have some fun with it.

Remember: The fun comes first, and the girls come second.

Introduce Girls to Each Other

This is actually pretty hilarious. When you’re talking to a group of girls, introduce them to another random group of girls nearby. It’s such a rare and kinda odd thing to do, they won’t even realize what’s happening. They’ll assume you know the other group really well, and they’ll start talking to each other.

You can join in on the conversation and regulate it, or bounce around and introduce more groups of girls to each other.

Besides being hilarious, this also signals that you have social intelligence and a ton of confidence. Plus, it forces you to meet other women and pumps up your social status a bit.

This is pure self-amusement at it’s finest. Have some fun with this one. 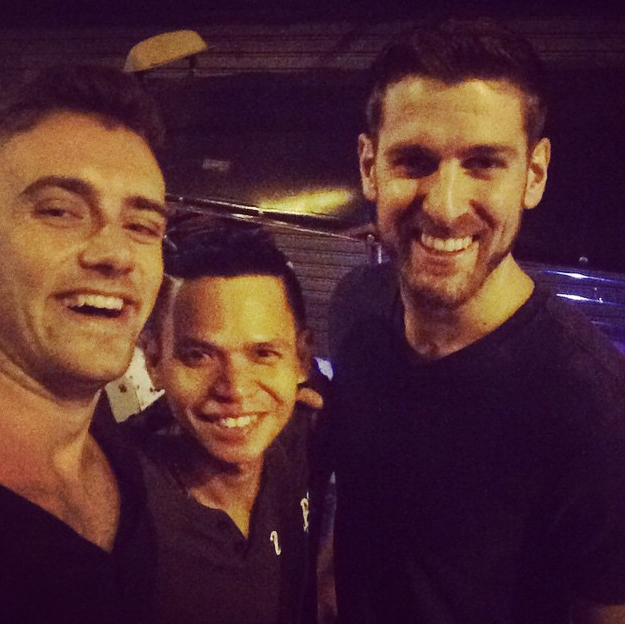 Go out on the town with a crazy Thai Tuk Tuk driver in Bangkok? Challenge Accepted

Yes, you can gamify your social momentum.

How? Give yourself some funny and entertaining challenges to get the night started, like:

The point of all of these is that they get you out of your comfort zone, and that’s where the fun begins.

How Social Momentum Helps Get You Laid

There was one night where I spent hours talking to this pretty blonde girl from Texas. We had an awesome connection, and everything was going well. I wanted to bring her home, so I walked her towards the exit and said, “Let’s get out of here and go adventure.”

She paused for a second and responded, “I don’t want to have sex with you yet because I like you, and I know if I go back with you, I’m going to end up fucking you.” So I get her number, and she leaves.

Now, instead of getting pissed off, I walk back into the club, see a sexy Asian girl, and hold my hand out. She takes it. We start dancing and I make out with her against the wall. It’s like I picked up right where I left off with the Texas girl. Just transferred all the energy to a new girl. “Let’s get out of here,” I say. “Okay,” she agrees.

If I had no social momentum at that point, there’s no chance I could’ve done that.

This is the power of viewing the night as one interaction. You might start off ice cold and awkward, but every conversation will give you more energy and help you build social momentum. You’ll transfer this energy throughout each small interaction, and the result will be a ridiculous, fun, and adventurous night.

And to top it off, you won’t get discouraged it it doesn’t work out with a particular girl. You’ll view it as just part of the night, and you’ll bring all that energy to the next girl, the next conversation, and pick up right where you left off. Every conversation and interaction becomes a building block of your epic night.