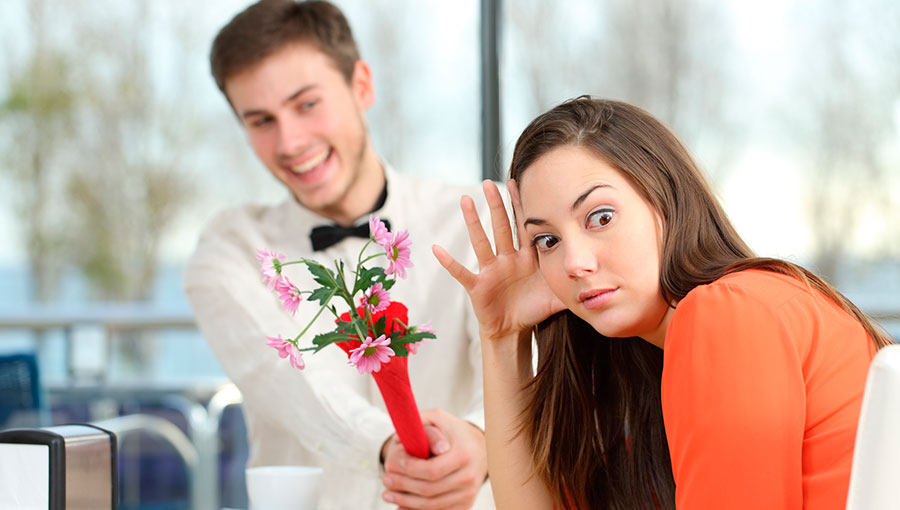 I had approached well over a dozen women, and each one either ‘had to use the restroom’ or said they weren’t interested. (One girl even said, “I’m an 8, you’re a 2, move along please.”)

I’ve been rejected by A LOT of women, and although sometimes it sucked, I’ve learned several life-changing lessons from those rejections.

In this article, you’ll learn the three most common dating mistakes that men make, (are you making any of them?) and you will learn how to avoid these mistakes so they don’t prevent you from getting the abundant dating life you want.

1. They Don’t Learn from Failure 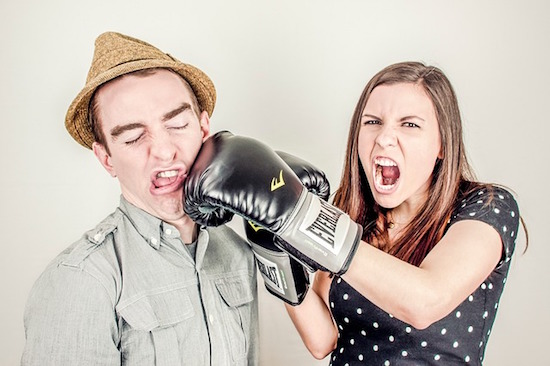 TFW she rejects you but you refuse to learn…

Wouldn’t it be cool if you could run into your dream girl tomorrow, ask her out, and start dating her? Fantasies tend to be cool. Reality is a lot messier.

In real life, developing your dating skillset takes time, and the process centers around one thing more than anything else: learning from failure.

If you want to avoid rejection, stay home and play video games. If you want a great dating life, however, prepare to learn from failure. Asking a woman out can be awkward and embarrassing, especially when you’re new to it. That awkwardness is a necessary part of the process – it’s where personal growth happens.

Without exception, anyone who is confident in their abilities has failed many times.

For example, when you watch a professional athlete, you’re seeing someone who is extremely confident in their abilities. What you don’t see, however, are the hundreds of hours in which they ran basic drills and failed again and again.

It’s those nearly countless failures that developed their confidence. Once you’re comfortable with failure, you will be comfortable with success. Michael Jordan famously said, “I’ve failed over and over again in my life. And that is why I succeed.”

Each time you ask a girl on a date and she says no, you’re proving to yourself that rejection is not that big of a deal. You’re trading a moment of discomfort for long-term self-confidence. It’s a good trade.

Make sure to define rejection specifically. Many men don’t learn because they consider standing in the corner of a bar with a drink in their hand sufficient for making progress.

Personally, I define rejection as hearing a no. When I ask a girl for her number and she says, “no”, that’s a rejection. Contrarily, when I approach a girl and leave after five minutes because I’m nervous, I’m only rejecting myself.

This doesn’t mean you need to ask every girl you talk to on a date, but if you’re not asking any girls out, you’re not risking failure. And therefore, you’re also not risking success.

2. They Get Bitter, Not Better 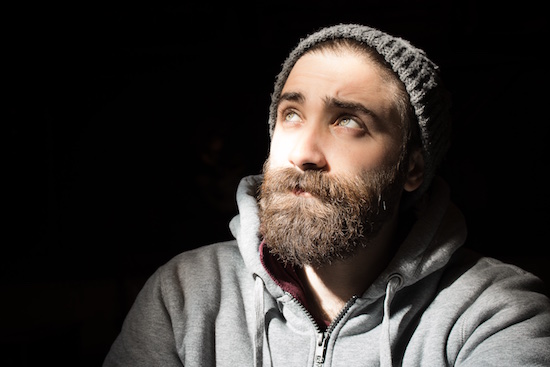 “If I was just a little more attractive, she’d totally be into me…”

It’s easy to think in terms of excuses (rationalizations) instead of taking responsibility, i.e. “If I was good looking enough I could have got her!” Sure, that might have helped, but was there something you could have done better? Probably.

It’s true, attracting women would be easier if you were a celebrity or if you were male-model good looking. Unfortunately, thinking about this is little more than a great way to free yourself of responsibility for your own success or failure.

It’s tough to admit if you’re doing this, though. It’s so comforting to think, “Yeah, but my excuse IS legitimate, it’s different!”

No, it’s not. There’s a better way to think about dating, and it will help you to silence your excuses and become more resourceful.

Ask yourself, “Could I be doing anything better? Is there anything I could do to improve my chances of success right now?” For example, if you’re not regularly meeting women in the real world, starting to consistently go to venues where beautiful women hang out would be your next step.

Even if your excuses are fairly accurate, they don’t lower your chances of success as much as avoiding environments with attractive women.

If you meet a woman you really like but it doesn’t go anywhere, you can tell yourself, “It’s because I’m not good looking enough,” or “No woman will ever like me.”

Factors outside of your control are part of the equation too. She might have a boyfriend, she might only like tall guys, and sure, she might just not like your face. Focusing on these factors can make you feel self-pity, but can it ever help your results? Nope.

It’s better to focus on factors within your control. Your energy, your confidence, and the language you use are all aspects of your attractiveness that you can improve. Some women won’t like you no matter what you do; but if you focus only on what you can improve, you’ll be able to play the hand you were dealt much more effectively.

3. They Try to Win Women Over with Logic, Not Emotions 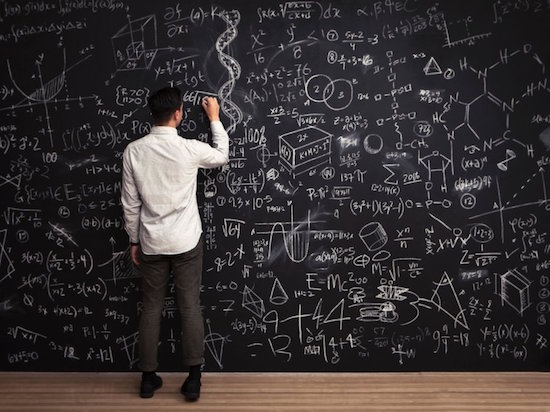 This is definitely NOT the equation to her heart…

You can’t logically convince a girl to like you. Sexual attraction is an emotional experience. The part of your brain that handles your taxes and memorized scientific equations in high-school isn’t of much use while attracting women.

How do you accomplish this?

By changing what you focus on when interacting with a woman. Take this example (of what not to do):

Sadly, the above example is barely an exaggerated portrayal of the average guy’s attempt at meeting a woman. This kind of conversation is a logical exchange of information: it’s wholly uncompelling and has no effect on a girl’s emotions.

Speak to convey emotions. For example, if a girl says, “I’m from California.” You might say, “You must be resourceful to have been able to make it in California. Unless… Did you move here because you couldn’t make ends meet?”

The first statement is what psychologist and author Jack Schafer calls an empathic statement. By suggesting that she is resourceful, you are giving her a reason to feel good about herself, which will, in turn, make her feel good about you.

The second statement, “Unless… Did you move here because you couldn’t make ends meet?” creates emotional tension and makes the conversation more exciting.

The two basic emotional poles to focus on in conversations with women are hot and cold (AKA push and pull). Honing in on these emotions will make your conversation more engaging for the girl.

‘Hot’ is anything that makes her feel good.

For example, “You must be very hard working if you’re going to medical school,” or, “You’re from here? You must be really down to earth if you’ve lived in this town for your whole life.”

‘Cold’ is anything that challenges her.

For example, you can imply you’re not interested in her, “You’re really adorable, like the sister I never had!” Or, you can tease her by saying something like, “You watch The Vampire Diaries? This will never work out.”

Effective emotional spikes add playful tension to an interaction and make it more dynamic. If everything you say is pleasant and agreeable, your conversation will be a lot like playing the same note on an instrument again and again. It might be a great note, but after too much repetition it gets boring.

By learning to intentionally hit different emotional notes you will adding dynamism and mystery to your conversations which will, in turn, make you seem more interesting and attractive. 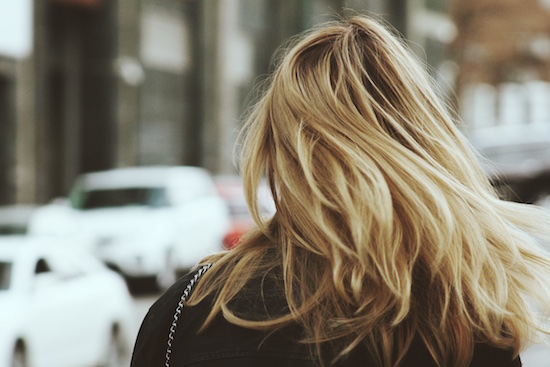 If you genuinely want a great dating life, you have to leave your ego at the door and be willing to challenge your assumptions and beliefs.
When you learn from your mistakes and adjust accordingly, you will inevitably reach your dating goals.

All the best, Avery

After years of video game addiction Avery decided he’d replace Night Elves with living, breathing women. After approaching thousands of women and getting a degree in psychology, he put both skillsets to use with his website, Red Pill Theory, which offers dating advice with a scientific edge.