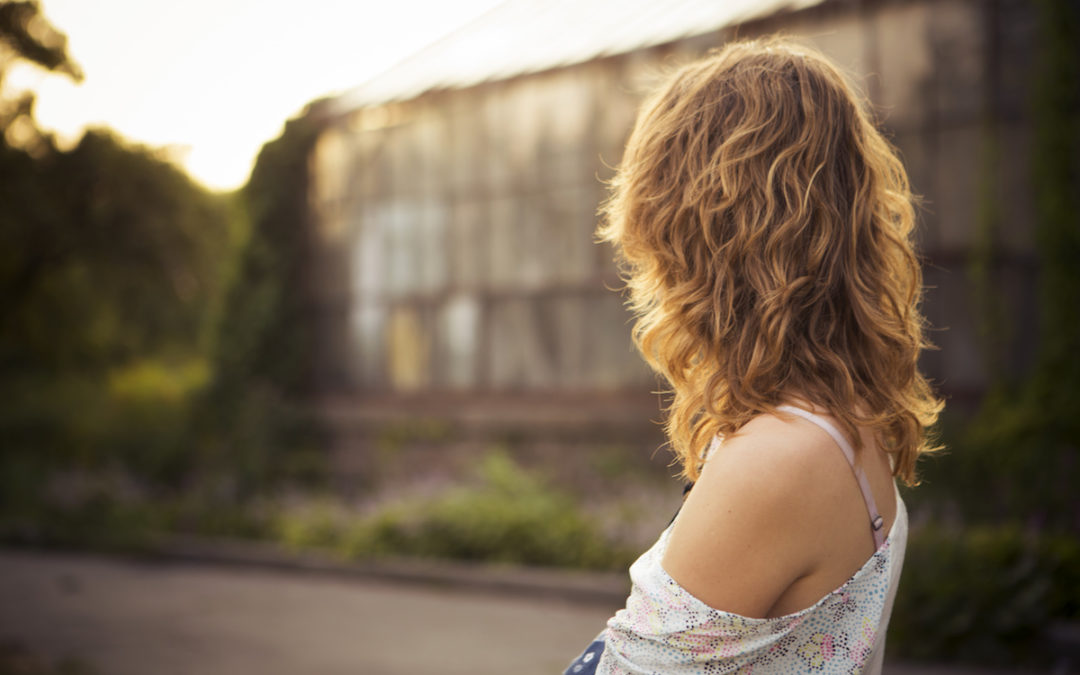 “Dude, my friends thought you were kind of an asshole.”

I was on the way back to San Diego from LA with my buddy Bill. And he wasn’t happy with me.

He’d introduced me to his friends from college, and we stayed with them for the weekend. I thought I’d gotten along with them fairly well. But when I was out of the room, they let loose on Bill about how much of an asshole they thought I was.

Now, I’d been a bit preoccupied that weekend with trying to meet up with some other bloggers, as well as pick up some Cali girls. But I thought I still made at least an okay impression.

Boy, was I wrong…

Turns out, they couldn’t stand me.

That was 2 and a half years ago – I’ve learned a lot since then.

So, why did they think I was such an asshole? It was due to some of the same reasons that so many guys struggle with conversation…

You see, I made a ton of conversation mistakes that made me seem like a dick. What’s worse, I had no idea I was making them. Who knows how many people I’d annoyed without realizing it!

It turns out, you really don’t know what you don’t know. That’s the point of this blog post: To show you the possible conversation mistakes you may be making…

…Mistakes that will definitely turn women off.

So, as you read, be honest and open with yourself. If you can remember making mistakes like these, start working to improve yourself.

I’ve also listed solutions below each mistake – so start implementing those as well.

Here are 5 conversation mistakes that turn women off…

Bonus: Get free access to my new course and discover the 5 conversation mistakes that put you in the friendzone.[/yellowbox]

1. Getting Married to One Conversation Topic 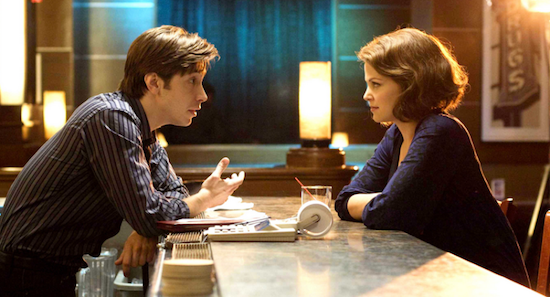 You know that feeling when you’re done talking about something, but your conversation counterpart keeps bringing it back up? It’s like, “Bro, I know you like working out, but I don’t want to talk about the nuances of deadlifts for 3 hours.”

Every conversation topic has a lifespan, and if you try to milk the topic past its lifespan, you’ll annoy people (and turn women off). You may be tempted to do this because you’ll naturally be more comfortable with certain conversation topics. For example, if you enjoy working out, you’ll be comfortable talking about lifting weights. But you can’t allow yourself to keep falling back to this topic – you must keep the conversation flowing…

A rich conversation weaves through multiple topics. It’s okay to change the subject, even if you haven’t said everything you feel like you need to say about a topic. But when you keep reverting back to a conversation topic, it signals to women that you have low social intelligence and also that you’re not a very well rounded man.

If you feel like you want to keep coming back to a “dead” topic, stop yourself, and ask a good question to push the conversation forward (like, “What are you passionate about?”). It’s also important to keep the conversation focused on more emotional topics like these (this way, she’ll feel good around you).

2. Talking Too Much About Yourself

A friend told me she went on a Tinder date the other day with a doctor. He was handsome, successful, and rich.

Everything a woman wants, right? But within an hour, she had her friend call her and give the “sick grandma excuse” so she could escape this terrible date. (The “sick grandma excuse” is when a girl has her friend call her 30 minutes to an hour into a date. If she’s having fun, she’ll hang up and stay on the date. If she’s not, she’ll say, “My mom just called. My grandma is sick and I have to go see her.”)

So, what happened? The guy ranted and raved about himself, his success, and his importance. She felt like she couldn’t be herself around him, like he was constantly judging her. He positioned himself as unrelatable right from the beginning and it killed any attraction and hope for a connection.

Solution: Focus the conversation on her.

You don’t have to say that much about yourself, especially in your first conversation. In fact, you can tell her very little while having her open up and tell her almost everything about herself.

Remember: Talking about ourselves activates the same pleasure centers of the brain that are associated with food and money. The more she talks about herself, the more connected she’ll feel to you. 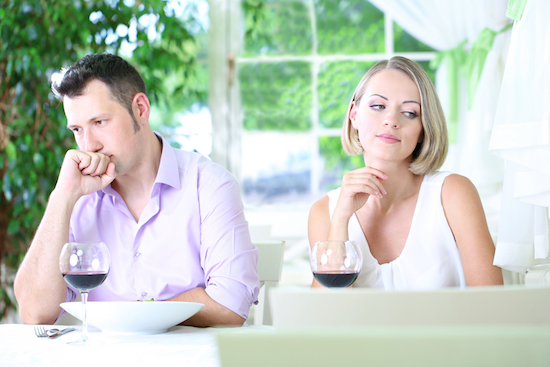 Let’s say you love to meditate. You’re on a date with a girl, and she says, “You know what I can’t stand? People who meditate. They just sit there doing nothing and claim that it clears their mind. What a waste of time.”

How would you feel? Probably much less connected to her, right? This is exactly what you want to avoid doing to her. There’s really no reason for stating contentious opinions and it only puts you at risk of ruining the connection.

Solution: Be non-judgemental and focus on commonalities.

When you’re trying to connect with a girl, it’s best to avoid arguments and contention. These will make you seem unrelatable, and she’ll start to emotionally close off.

For example, if you hate 9-5 jobs and cubicles, but she works a desk job that she enjoys, it’s probably not a great idea to go on about how much you despise conventional jobs (I’ve made this mistake many times).

Instead, focus on things you can easily relate to each other on, like interests and hobbies. For example, maybe you both like to travel, read, or have a favorite Netflix show in common.

(Note: It is okay to disagree with girls without being contentious. Just avoid making it a big deal and a major part of the conversation.)

4. Talking With a High-Pitched Voice 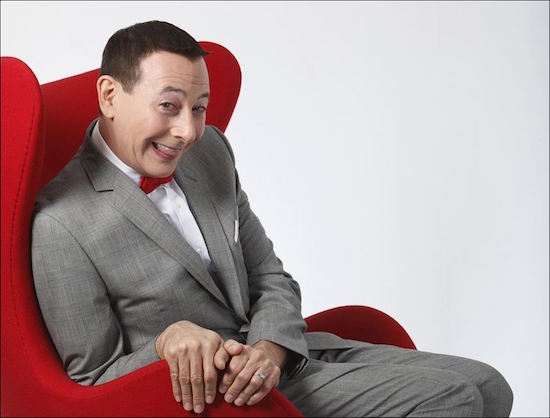 When you’re nervous, you’ll tend to talk with a higher-pitched voice. This is an instant turn-off for women, and will get you labeled in the “just friend” category.

Chances are, you’re speaking with a higher pitch than you should be. That’s because when you’re nervous, you tend to speak from your throat. This causes you to come across in a platonic, non-sexual way. It ruins the potential for a sexual connection.

Solution: Practice speaking from your belly and projecting your voice.

To do this, focus on maintaining a deep breathing pattern. Breathe in through your nose, and deep into your belly. You should feel your stomach rise and fall with each breath.

Practice this in private – that way, it feels more natural when you’re with a girl. We tend to speak where we breathe from. If you breathe from your throat, you’ll probably have a weak, high-pitched voice. But if you speak from your belly, your voice will likely be deeper and more masculine, which is essential for a good first impression.

“If I don’t get out my words quickly enough, she’ll stop paying attention or walk away…”

Thoughts like these sweep through our subconscious mind as we speed up our words. But put yourself in a girl’s shoes for a second. A guy approaches you and speeds through his introduction so quickly, you barely understand a word he says. Then, when you ask him to repeat himself, he speeds through it again. How would this make you feel? Probably pretty uncomfortable, right?

Solution: Slow it down.

Be aware of the speed that you talk, and slow it down to the point where it feels like it’s too slow. Then, slow it down another notch from there. That’s usually the right speed for making things sexual.

This alone has changed the game for many of my dating coaching clients. It’s helped them to connect with women and have far better conversations. If you remember nothing else from this blog, remember this point and slow things down.

Simply by avoiding these conversation mistakes, you’ll be ahead of the majority of guys. Your conversations will flow better, and people won’t think you’re an asshole (I know, because I’ve been the asshole who has made these mistakes many times). What’s more, women will be more attracted to you.

This new book is called Conversation Casanova, and you can get it HERE or by clicking the banner below: 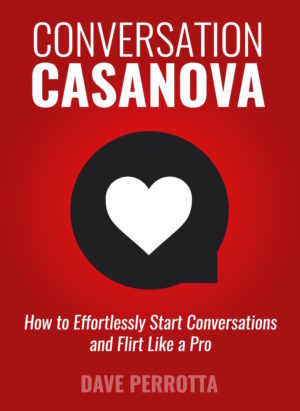