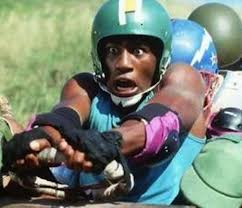 I’ll let you in on a little secret. My sense of humor is the main reason why I’m successful with women.

That’s right. It’s not my million dollar smile or the weird hair-flip thing that I have going on. Not even my bulging biceps that have a sub-.500 record in arm-wrestling contests.

Here’s another secret: Most guys never develop a great sense of humor.

They go through life thinking “I’m just not funny. That’s not my thing.”

And they proceed to bore girls to death.

Trust me, I’ve heard the conversations.

But it doesn’t have to be this way.

By understanding this one key, you’ll be well on your way to developing a great sense of humor. Conversations will be more fun and, to be honest, you’ll get laid more often.

This is something that I’ve unintentionally mastered and internalized.

I constantly hear “Omg you’re so funny!” from women.

But it’s not in the funny goofball way.

It’s funny in the “Wow this guy is hilarious. I want to fuck him” kind of way.

And I’m sure you can sense the sarcastic tone in all of my writing as well. It’s part of my personality.

So what is the #1 key to developing a great sense of humor?

But it’s a calculated ridiculousness.

This breaks down into 3 parts: misinterpretation, role-playing, and absurdifying.

For the purpose of this post, I’ll cover my favorite aspect: Absurdifying.

Absurdifying is the art of taking a seemingly normal topic and making it ridiculous. It leads to an unconventional and playful conversation. I do this all the time and I find it hilarious.

The key is to use sort of a serious tone. I usually have a sly smile on my face but I don’t burst out laughing, at least not until the end. As you go on this ridiculous tangent in such a matter-of-fact way, it creates a hilarious undertone. She can’t tell for sure if you’re joking, but what you’re saying is so ridiculous that she knows there’s no way you’re being serious.

You can do this at any point in the conversation.

Here are some real-life examples of me absurdifying the conversation: 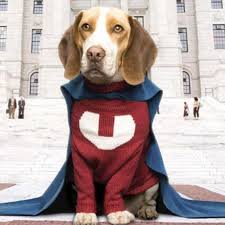 Me: “I love dogs too. I’m actually a big fan of Underdogs. Everybody raves on about Golden Retrievers and Beagles and so on, but Underdogs are unmatched. You know, those real down-in-the-dumps, rags-to-riches dogs that inspire the whole community. Just showing us that anything is possible in this world. They’re like the reverse personification of Rocky without the Russians and the chickens.”

Me: “Watertown? I assume that’s like the US version of Venice right? Here’s the deal. I’m going to save up for a few weeks and buy a canoe. I’ll paddle my way over to Watertown. For the first week, and this is a fair warning, I’m going to be a pirate. Jack Sparrow. Just robbing the local boaters’ booty like it’s no big deal. Then I’ll drop off the radar for a week and lay low. Keep the authorities off my scent. Fast forward the next week. Thursday night. I’ll paddle over to your place and we’ll get drinks. I’ll get the 1st round, you get the second. We’ll see where the night takes us from there. Just one rule though- no sex on the boat. Deal?

Me: “I’m actually a big rock-paper-scissors-shoot guy. Participate in all the tournaments. But only best- of-3-games, because I crack under pressure if it’s just one game. Need that leeway.”

Word Association: Nothing, I’m actually petrified of single rock-paper-scissors games and I DO need the leeway. Too much pressure.

Russian Girl: *Sarcastically* “I like your pink checkered shirt.”

Me: “This is actually a great shirt for two reasons. The first, and this one is obvious, it makes me look sexy as hell. Just leaves all the blonde Russian girls swooning over me. The fact that I’m 5% Russian doesn’t hurt either. And the second reason? It gives me that triple-threat. I could rip this shirt off, lay it on the grass, and boom, instant picnic. Ants? They don’t see it coming either. No plan of attack. Just ambushing the shit out of mother-nature.”

(On a snowy Boston night)

Me: “We’re building a bobsled tonight, it’s almost finished. Have you ever seen Cool Runnings? It’s like that, but we’re not Jamaican. At least not knowingly Jamaican.”

Girl: “Where are you going to bobsled? That sounds fabulous. My dog and I had a blast in the snow this morning. 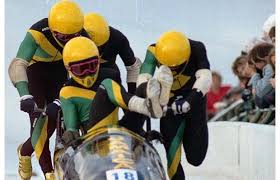 It’s such a pretty snowfall.”

Me: “You ask too many questions, its suspicious. I barely know you, girl. And this is actually perfect for us because we’re also creating a dogsled team which will easily be your canines ticket to unyielded fame.”

Girl: “I’m a pretty sketchy character so you’re wise not to answer all my questions up front. I’m not sure Toby can handle pulling a dogsled. He’s more of a run around outside for 5 minutes and then spend the rest of the day sleeping kind of dog.”

Me: ” Those are limiting beliefs. Toby sounds like a fighter and I believe in him. It’s not size of the dog, it’s the motion of the ocean, or however that saying goes. He’s going to be the Lassie of dogsledding.”

This is a habit that you need to build over time. You may be terrible at first, but as you keep working on it, you’ll make word associations more quickly and it will become natural.

Here are some things to keep in mind:

Here are some to get you started. Feel free to add your word associations (and crazy tangents) in the comments below!
Train
Hair
Sports
Bank
Comedy

And don’t forget to subscribe and take advantage of my limited-time free offer!