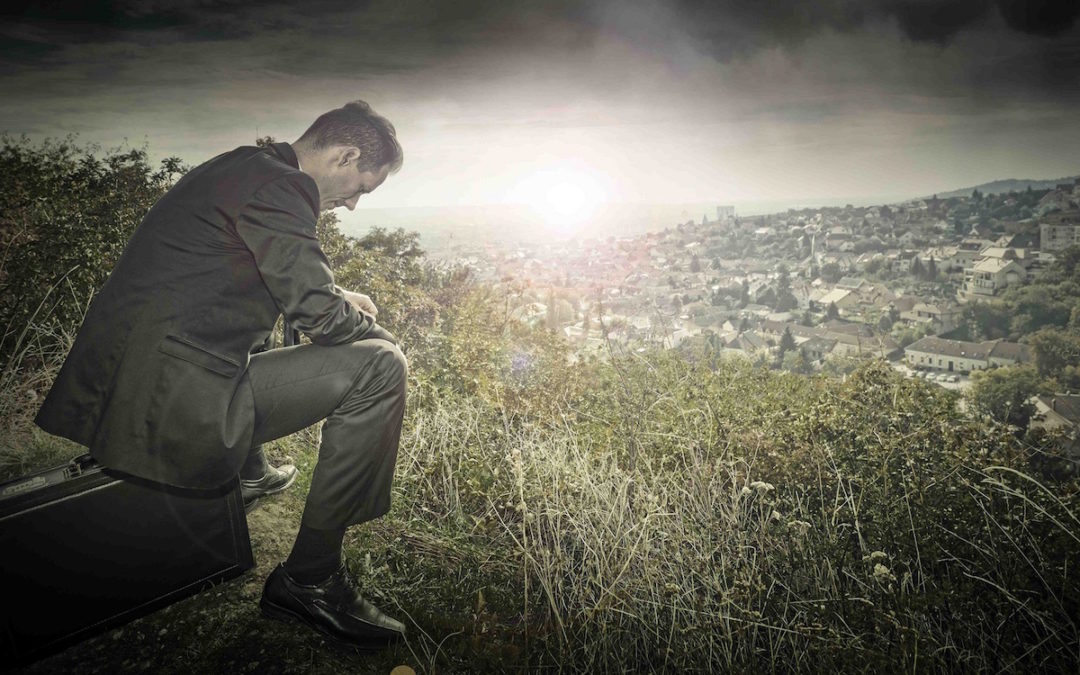 The average guy won’t have the success with women that he craves.

He will do okay (after all, there are a few billion women out there)…

But odds are, his dating trajectory will look something like this…

In short, he doesn’t have all that much control over his dating life. It’s highly dependent on the girls who sort of “stumble” into his life through work, friends, and drunken escapades.

Now, if this sounds shitty to you, then keep reading.

You’re going to learn exactly why the average guy has such a disappointing dating life with women – and what you can do to avoid these things.

Because the world is an abundant place. There are beautiful, awesome women everywhere. There is no reason you should settle.

So, Here are 3 Reasons Why Most Men Have Disappointing Dating Lives (And What to Do Instead)…

1. They View Successful Men in a Negative Way 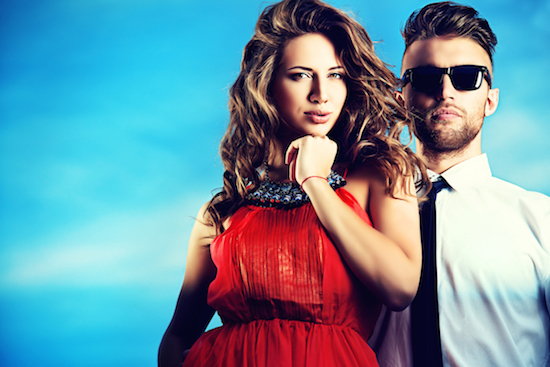 They look towards male celebrities with envy and jealousy. They see the guy at the club who’s flirting with the hot girl, or the guy with the sexy woman on his arm, and think, “It’s ONLY because he’s good looking/has money/is a promoter/etc. If I had that, then I’D get all the girls too!”

Here’s the thing: Game respect game. You’ll rarely (if ever) catch a “ladies man” look at another successful guy with resentment or envy.

Instead, these men respect each other because they understand what it took to get to that point, as well as the skill itself. If anything, these men are curious about what they can learn from each other.

Now, I’m going to tell you something that is true in just about every desire and area of your life. Listen close…

If you resent what people have in any way, you can never have it.

If you resent a man who consistently sleeps with the type of girls you desire, you will never get to his level. You will NEVER date those types of women.

It’s the same reason why 99% of the fucking “Occupy Wall Street” protestors will stay poor forever.

It’s a mental contradiction that will fuck you up. You can’t become something you resent.

Here’s what you should do instead: Respect, love, and admire that which you want.

When you see a guy who gets a lot of girls, admire the skill, and ask yourself what you can learn from him. Don’t get jealous or envious – instead, appreciate it and allow it to expand your mind’s possibilities.

This is exactly what I did when I first set out to improve my dating life 4 years ago. I hung around with guys who were good with women, and I learned from them. Within a matter of months, I was hanging out with the type of women I desired.

And that’s the same reason why I coach men now. I know that a little guidance can be key to completely changing your dating life, and your life in general.

2. They’re Controlled By Their Own Limitations 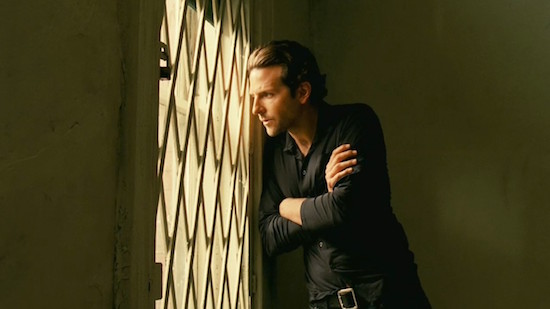 You must become limitless…

Most men don’t realize how easy it is to meet new women. They limit themselves to the women in their social circles, their job, their school, and their hometown.

A random cute girl walking by in the street? Off limits. A sexy girl in the cafe? He can’t just “approach” her, that’d be crazy!

In this way, men limit the amount of women they can meet, which puts a damper on their dating life.

Let’s say they are actively meeting new women, perhaps at the bar, through social activities, and during the day.

They often limit themselves within these interactions. They have limiting thoughts like:

Your reality affects your beliefs. The thing is, many women will sleep with you on the first date, go home with you the same night, give you their phone number, etc. – that is, if you know how to lead them the right way.

But first, you must shatter your limiting thoughts.

Here are some helpful thoughts to replace the limiting ones that hold you back:

Instead of: “I can’t talk to women who I don’t know,”
Think: “Women want to meet me anywhere and everywhere, and I’m always open to the opportunity.”

Instead of: “I don’t know if she’s into me…”
Think: “All women are attracted to me until proven otherwise (i.e. until they literally walk away or verbally tell me they’re not into me).”

Here’s the crazy part: Even in the most unlikely of situations, you can make some magic happen if you’re open to all possibilities. Trust me on this one man. And be prepared to have some fun with it.

3. They Don’t Know What They Want 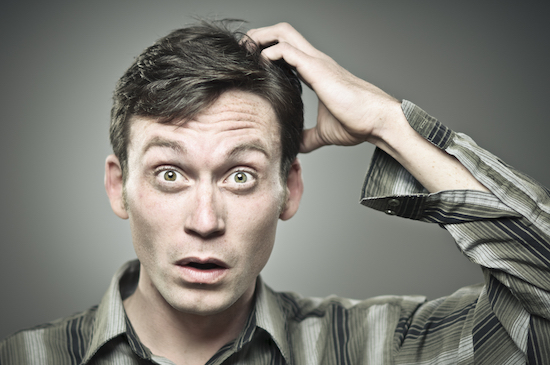 We’ve all heard this saying…

“If you don’t know where you’re going, any road will get you there.”

If you don’t know what you want, you’re going to end up with some RANDOM SHIT. Odds are, you’re not going to be satisfied with that random shit in the long-term.

You see, knowing what you want is crucial, because you will naturally have more chemistry with women who embody these traits.

For me, I’m attracted to smart, ambitious, funny women. Especially those who appreciate my sometimes ridiculous sense of humor, and are also very giving, caring, and nurturing. I also love women who enjoy traveling, learning, and being the best versions of themselves. Physically, I usually go for women who are between 5’5 and 5’9, are in good shape, and have sexy curves.

The other stuff is more important than the physical stuff. Sure, I have to think she’s sexy, but if she doesn’t have most of those other things, as well as the right vibe, then I know it won’t work.

The result? My life is constantly filled with amazing women who fit this description.

And that’s no surprise. Remember: What you focus on expands.

You need to figure out what you want in a woman. Otherwise you’ll waste your time with women you don’t care all that much about.

That’s dangerous, because the more you hang with a girl, the more your brain can “trick you” into thinking you like her, even though you know it’s a bad match.

And I know plenty of dudes who do this.

It’s like, “BRO. What the FUCK were you thinking? You KNEW you wanted a Christian girl. And yet you started dating an atheist. What’d you think was going to happen..?”

To which they’d respond, “I don’t know man… I just liked her…”

The lesson? If you don’t know what you want, your emotions will overrule your logic and you will get some random shit. You will not enjoy that random shit.

Here’s what you should do instead: Sit down right now and grab a pen and paper.

Ready? Okay, here’s what I want you to do:

Step 1: Write out 10 qualities you find attractive in a woman (personality-wise and physical)

Step 2: Narrow these down to:

Step 3: Write out 3-5 activities that this type of girl might participate in

There you have it: A quick roadmap for meeting more of the girls who you actually want, instead of stumbling around with your dick in your hand.

Most men really do live lives of quiet desperation. If you don’t actively carve out your future, both with dating and in life in general, then you are destined for this desperation as well.

I guess what I’m really trying to say is…

Man, this is your life, and you have two options… 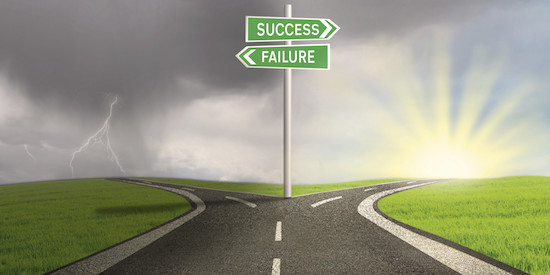 1) Come to terms with a mediocre existence. When you do this, you’ll settle for the women you have in your life, your career, your finances, and every other area. You’ll spend your life searching for some sort of happiness that you will never find, except for the few moments where you actually have a clear head. Then, you’ll wake up one day only to realize that you have a job you hate, a wife you can’t stand, a fat belly, and an empty bank account, and you’ll wonder what the fuck happened.

2) Take the fucking reigns and start directing your life from this moment. When you do this, you stop waiting for someone to swoop up and save you. If you see a girl you want to talk to, you say “FUCK the rules of society, this girl is cute and I’m going to say “hi”. You understand that women love sex, and you give them the best sex they ever had (all while other men are afraid to take them home). You stop fucking “going with the flow”. Instead, you figure out what you want, and go for it with pig-headed determination.

The choice is your’s man. I’ve already made mine.