Don’t Do These 7 Things When Talking to Women 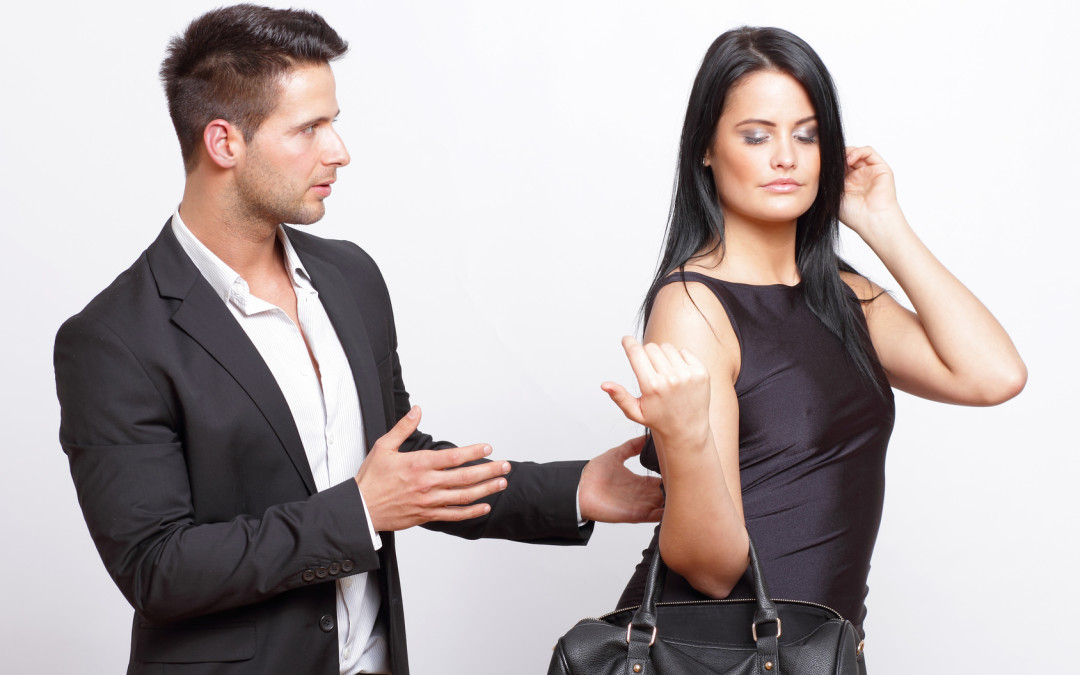 You’re tired of being the wallflower at the bar, the passing sidewalk gazer, the guy who looks at a beautiful woman in amazement but never has the balls to actually talk to her. You’ve read enough of PostGradCasanova to realize that it’s totally possible to form some sort of relationship with these attractive women (even if you are currently strangers).

But there’s just one problem: what are you supposed to do once you approach the girl? It isn’t as complicated as it seems. For starters, be sure to avoid doing these 7 things when talking to women.

There’s nothing worse than getting caught up in pointless small talk. Most men pussyfoot around their intentions like they’re afraid the girl will know they’re interested. But she knows you’re hitting on her.

The first thing I say when I approach a girl is usually something along these lines:

“Hey, I’m Dave. I think you’re beautiful/cute/sexy and I had to come meet you.”

This gets the point across and let’s her know I’m interested. It’s not a pickup line; I’m not saying it to get some sort of reaction out of her. I’m stating it confidently as a man. Clarity of intent exudes confidence. A true man knows what he wants and isn’t afraid to go after it.

You don’t always need to state your intent right away, but you want to do it as soon as possible. Sometimes you can start the conversation on a funny note by teasing her about something. You can mention that you think she’s really cute/attractive within a few minutes of talking to her. You can randomly stop her, pause, make strong eye contact, and say “By the way, I think you’re sexy as hell.”

The point is to stop masking your intent.

You can have the absolute best line in the world, but if she can’t hear you, it doesn’t matter. It’s better to be too loud than too quiet. Practice pushing your boundaries and speaking louder than normal. You won’t know where the line is until you risk crossing it.

Most people speak from their throat. Don’t do this unless you want to sound like a preteen boy/the second coming of Pee Wee Herman. Learn to speak with your chest and deepen your voice. Volume and tonality are extremely important.

Slow it down. You don’t need to cram a million words into a minute. Sometimes you’ll feel anxious when talking to a girl and you’ll start to talk fast. Take some deep breaths and slow it down.

It’s better to talk too slow than too fast. Talk slower than you think you should be talking, and then talk even slower. People will pay more attention to you and hang on your words. Women will love this and you won’t sound like a babbling idiot.

Note: Talking slow is one of the biggest keys to having a sexy vibe around women.

A tell-tale sign of a man who is bad with women is his avoidance of eye contact. He’ll dart his eyes away and be the first to break eye contact.

Eye contact is crucial when talking to women. Great eye contact can instantly turn a woman on and intensify a situation. I’ve literally made eye contact with women from across the room, walked up to them, and kissed them without even saying a word. This doesn’t happen all the time, but when it does, it’s kind of a movie-like moment. You both know that it’s ON and you make an amazing connection without even speaking.

Many guys fall into the trap of asking the same types of questions.

There’s nothing wrong with these types of questions. The problem is when you ONLY ask short answer questions. That’s how it turns into a very boring conversation.

Instead, weave in open-ended questions and fun statements. These make for a fuller conversation that is more likely to create a connection with her.

Check out this post to learn how to do this:

How to Ask the Right Questions to Open Up Any Conversation

You don’t want to stand in the same place with a girl for three hours. Move her around and lead her. If you’re talking to her at the bar, grab her hand and bring her to the dance floor. Try to move every girl you talk to within ten minutes, max. This builds comfort between the two of you and keeps the night interesting.

But leading is key. When you know how to lead women, the dating game becomes A LOT easier.

This is along the lines of stating your intent. Neutral guys are the “nice” guys who hear “Let’s just be friends” constantly. You don’t want to be the neutral guy. The neutral guy is scared of upsetting the girl and causing her to walk away. He doesn’t make bold moves because he wants to keep things comfortable.

Men often want to be able to avoid rejections and embarrassing themselves, while at the same time being this amazing attractive guy that women swoon over. You can’t have it both ways. You need to be controversial. If you’re not willing to be controversial, the women you want will never act more than neutral towards you (AKA you are NOT getting laid).

You must be willing to openly express your emotions and be vulnerable. You have to accept the risk of being rejected. If you spend your life trying to avoid losing, your only winnings will be mediocre.

Polarize the interaction. Go in for the kiss, put your arm around her, tell her you’re nervous because she’s beautiful, express your emotions. You need to do something that forces her decision. She’s either going to stay, and, in doing so, reveal her attraction and interest in you, or leave, and that will be the end of the interaction. But you will have far more quality interactions when you polarize and you won’t waste time with girls that wouldn’t have been interested anyway.