How Fear of Intimacy Sabotages Your Dating Life (The Avoider Mentality) 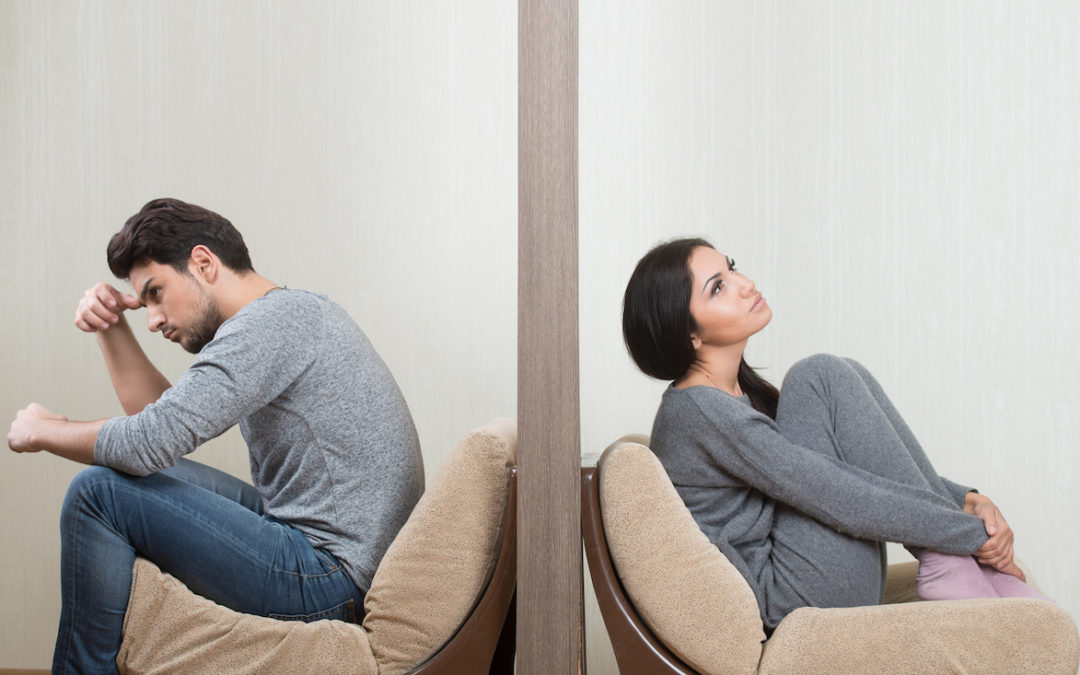 I used to say, “Why bother getting in a relationship if you’re not going to marry the girl?”

Whenever I sensed a woman getting too close, or getting to know the “real me”, my first instinct was to run the other way. In doing so, I stunted my growth as a man, missed out on amazing women, and always felt sort of alone.

I’ve mostly gotten over this fear of intimacy, but not until I learned some very tough lessons.

I’ve noticed a lot of guys share this same type of fear of intimacy.

Bonus: Get free access to my new course and discover the 5 conversation mistakes that put you in the friendzone.[/yellowbox]

So when Noam Lightstone of LightWayOfThinking.com approached me in hopes of writing a guest post on this very subject. I immediately accepted.

The fear of intimacy is actually part of a larger problem – one Noam labels as the “avoider mentality.”

Take it away Noam…

What is the avoider mentality?

Well as much as it might feel weird to admit, and as supposedly un-masculine as it seems, us guys WANT intimacy and connection.

It’s a human need and there’s nothing wrong with it: It feels nice to be understood and heard by people and to have memorable experiences with women.

But do you ever hear yourself saying:

“I don’t have enough time.”

“That girl is too stuck up for me.”

These excuses are all a load of BS…

They’re all logical rationalizations for your fear…

They come from being scared of relationships and women (yes those small, cute, creatures) in general.

But here’s the problem: you’re missing out on powerful connections, unique moments in your life, and a great deal of healing when you do stuff like this.

It’s the reason you’re jealous of your friends, why you feel sad when you see couples, and why you get down on yourself.

It’s all linked to something called the avoider mentality and your fear of intimacy.

In this article, I’ll give you a glimpse as to why this is happening to you, and what you can do about it to move forward.

Attachment Theory and the Avoider Mentality 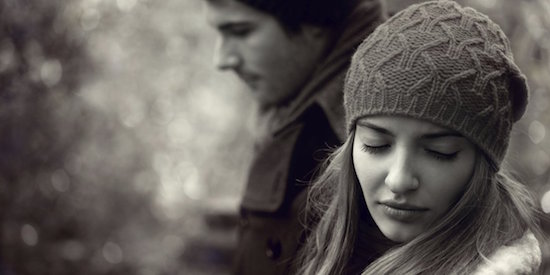 There’s a branch of psychology called attachment theory, which talks about how we form relationships, mostly with the opposite sex.

There are 4 types of relationship patterns:

Basically, secure is what you want to aim for, anxious means you constantly think something is wrong, and avoidant means you feel crowded easily and prefer to keep your distance.

Men are more likely to be avoidant, and women anxious.

But I took this further. I coined the phrase “avoider mentality”…

The Avoider Mentality: When you’re avoidant out of fear.

It’s not just that you easily feel suffocated, but that you’re scared of people getting too close to see the real you.

It’s the fear of being smothered (wanting someone to go away), yet craving intimacy (wanting them close) at the same damn time.

…But if you got that, and then the person left or abandoned you, what thoughts would go through your head?

You need someone else who’s better.

This stems from your emotional defenses. They’re preventing you from moving forward…

5 Reasons Why You Suffer from the Avoider Mentality 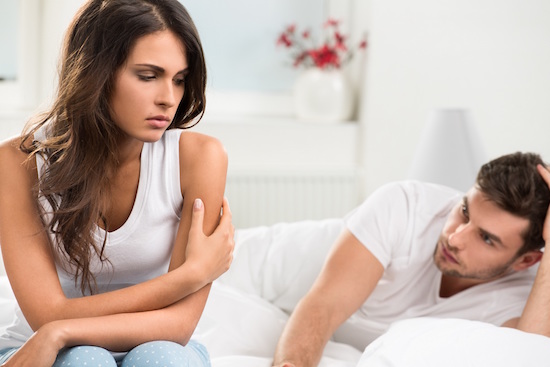 Now that you know what’s going on, you might be asking why you do this stuff.

Here are five common reasons why you may be an avoider:

1. You want to rationalize away troubling emotions and things like approach anxiety.

Like I said at the beginning of this article, rationalizations of fear are HUGE symptoms of the avoider mentality.

Us guys are experts at trying to use our logic to shoo away troubling emotions… but we know we’re just lying to ourselves.

Look out for your excuses and smash through them.

Don’t be ruled by your emotions, but don’t suppress them.

2. You’ve been single for a long time, or went through a bad break up. 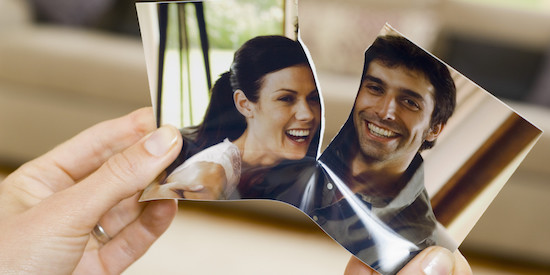 If you’ve been out of the game too long or your last breakup was particularly bad, you’re going to have some avoider stuff coming up.

You’re scared because it’s been a while since you’ve approached a random girl (TOTALLY NORMAL), or you keep replaying painful memories of your ex-girlfriend.

3. You suffered a lot of emotional beat-downs or painful experiences growing up.

Mark Manson said that guys usually get into the pickup community (or into dating advice in general) to work through a lot of emotional baggage that they experienced growing up.

He says: “…The common [emotional issues] are: ex-girlfriend or ex-wife that broke their heart and/or ruined them, divorced or absent parents, death of a loved one, death of a parent, or just repeated emotional beat-downs growing up — whether it be growing up in the projects, being verbally abused by girls your entire childhood for being fat, etc., etc.”

In other words, you display avoider characteristics because going after women brings up these past painful memories for you.

Instead of confronting them, you’d rather push them away.

That’s far easier, but then the problems will just come back tenfold.

4. You have a lot of problems with self-acceptance, self-criticism, and self-confidence.

Because relationships and the opposite sex bring up all of your demons, if you have a lot of self-worth issues you’re going to run FAR into the other direction.

If you have trouble accepting your flaws, being yourself, or you were told you weren’t good enough growing up… then it’s all going to come out.

5. You’re afraid of truly being seen by others — flaws and all.

A lot of guys have issues with being vulnerable.

Vulnerability doesn’t mean you cry and sniff all over the place while listening to emo songs.

It means you talk honestly about how you feel and what you think… That includes everything from your motivations, your sexual desires, and more.

Some guys pretend to be “alpha” or put up a guard.

But people aren’t stupid, and they sense the fake act.

The only people who’ll hang around you are others who display this behavior as well.

Also, one night stands may be the closest form of intimacy you can have with women, because deeper relationships, even seeing a girl consistently for pure casual sex, might bring up too many fears of people getting close.

I’ve been there… Have you?

Have you ever gotten freaked out when a girl started asking about your life?

Did you wonder if she was trying to trap you?

How to Move Forward and Get What You Want 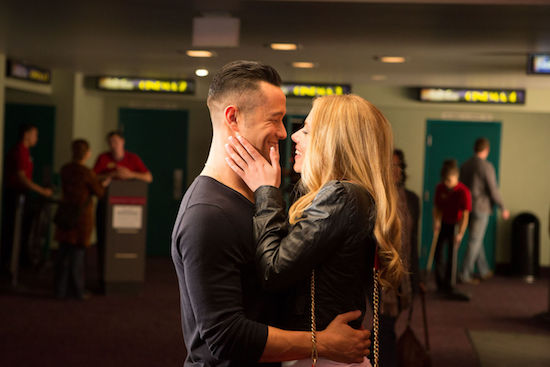 It affects ALL OF YOUR relationships — with your family, friends, and anyone you come in contact with.

It’s not something to just sweep under the rug.

Here are some things you can do to get started on learning how to overcome the avoider mentality when it comes to dating and women specifically:

1. Ask your good friends if they think you’ve been making excuses when it comes to women. When do they think it comes up, and why? Don’t judge their answers, they’re only trying to help. Take a day after they answer and ask yourself, “Could they be right? What am I afraid of? Why am I not going after girls?”

2. If you really do what to start dating, use accountability to get moving: Pay one of your friends $100 and tell them not to give it back to you unless you chat with 5 girls this week. You don’t have to have 5 girlfriends, but you need to at least say “Hello”.

You can then begin to ratchet up the goal to getting their numbers, asking them out, etc. Accountability combined with using progressive desensitization to get over approach anxiety is one of the quickest ways to get out there when it comes to dating.

3. If you’ve been through a great deal of troubling emotional situations growing up, you should consider seeing a therapist. There’s nothing to be ashamed of: I’ve known tons of guys who’ve done it as well as myself, as we’re all WAY better for it. Therapy gave me years of my life back.

Check out this post on the top 5 questions about the avoider mentality and the fear of intimacy.

You’ll also be able to download a checklist of the 9 most common traits someone displays when they are losing out on life, relationships, and memorable experiences because of it.

Noam is the founder of Light Way Of Thinking. He’s written two #1 bestselling books and helps people get the tools they need, take action, and overcome their anxiety and depression for good. Learn more here.