How to Create Your Story and Leave a Kick-Ass Legacy 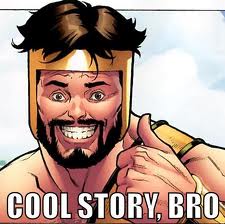 There’s one thing that every single person on this planet has in common. Something that links us all together, while making us unique in our own special way. Something of our own. 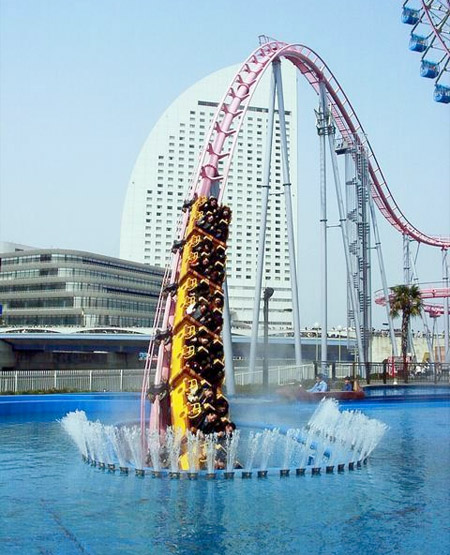 A story. See, all I want is a juicy, spicy, suspenseful, on-the-edge-of-your-seat story. A thriller. A roller coaster ride marred with twists and turns, aches and pains. Inspiring, saddening, victorious, and defeating, all culminating into a perfect story arc that makes me, well, me.

And great characters too. Some round-ass motherfuckers. I believe that’s how they label great characters in literature. People you can relate to. Toss in some crazy bastards as well. Some couch-jumping Tom Cruise maniacs. Normal is boring.

Oh, and I want my story to be rated with two giant Godzilla-sized thumbs up. And I don’t care whether or not Godzilla actually has thumbs or not. I haven’t researched it. For the purpose of this story, he has 2 ridiculously large thumbs and they are both jammed upward, signifying outlandish approval. Godzilla is my fucking boy. 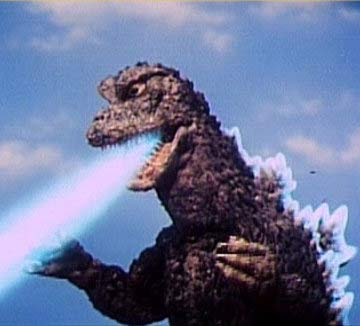 I want it to be something you can latch on to. Scratch that; something you TRY to latch on to, but you lose the grip of the edge of your seat, resulting in a hilarious, slow-motion collapse to the disgusting movie theater floor. Popcorn EVERYWHERE.

I want it to be the most epic thing you’ve ever seen. Literally mind blowing, and I don’t even know what that would look like in a literal sense. That’s how EPIC I want this story to be. An experience.

But there’s just one problem: I don’t really know what my story is yet.

Yeah, that’s the thing. That’s what sucks. I feel like I’m starting from the first page in a blank book, but that is actually part of the story as well. In fact, it’s probably one of the final chapters on the 16th sequel of my story.

At this point, it’s awful. Long and drawn out, with not much action involved. Not even good enough to be cliché.

Got an accounting degree and quit your job after four months? Dated a bunch of girls? Started a blog?

Hooray. Bravo. What a rebel. What a courageous guy, risking it all and fighting for his dreams. How sweet. How inspiring.

Do you know why my story sucks so far?!

Because of the stories I’ve told myself for the past 22 years.

Sixth Grade: “You have too much acne. People think you’re a joke.

Eighth Grade: “You’re too ugly. She’ll never like you.”

Tenth Grade: “You’re just a little white boy. Do you honestly think you can call yourself a rapper? You suck. You are a complete joke. You’ll never make it.”

Twelfth Grade: “You can never be a writer. You’ll be poor. Stick to accounting, that’s the only way you’ll ever make any money. Just listen to everyone else. They’re right.”

College: “You’re not cool enough to hang with the hot sorority girls. Know your boundaries. Go for the girls in your league, you’ll never have a chance with the hot girls.”

“You can never be an entrepreneur. You’re not savvy enough. You’re not self-reliant. You can’t do anything right. Just get the 9-5 accounting job and be done with it.”

“Your blog is stupid. You don’t even know what the Hell you’re doing. You can barely figure out Microsoft Word, nevermind run a popular website. Everybody is going to know how dumb you are. Just give it up.”

All of these stories have been obstacles, actively preventing me from creating my own kick-ass story.

And your story might just suck for the same reason.

“I’m just big boned. I can’t lose weight.”
“I’m not good with women.”
“I’m not strong enough to make it through this.”
“They’re all smarter than me.”

STOP buying in to your own bull shit.

You see, it’s not about how cool or action-packed your story sounds. It doesn’t matter if it’s filled with crazy after parties and all-nighters or quiet nights spent feverishly working.

There’s only one thing that REALLY matters.

That YOU are proud of your story.

We all start off with a blank book. A clean slate. It is up to us to determine how our story unfolds. At times you may feel like you have no control, but make no mistake, YOU are still the writer. YOU are still the creator.

“It’s like everyone tells a story about themselves inside their own head. Always. All the time. That story makes you what you are. We build ourselves out of that story.” Patrick Rothfuss

But really, you are the one stopping yourself. You are creating these stories, and you are building these obstacles.

“You must have control of the authorship of your own destiny. The pen that writes your life story must be held in your own hand.”

You are the writer, director, producer, cameraman, actor; you are everything.

You can create an absolute fucking masterpiece if you’re willing to work for it.

You need to figure out your own story and determine just how great you want it to be. How far do you want to go? How much do you want to achieve? What are the ingredients of a story that you can be proud of?

Snatch that pen and start writing your story RIGHT NOW. There are no longer any excuses because you have complete control. Excuses are just crappy stories that are preventing you from greatness.

But most great authors don’t typically write their stories from scratch and in one sitting. They have some sort of outline. They have a good idea of HOW they want their story to turn out. Otherwise, they’d lose track and stray off topic, and the story would be nearly impossible to follow. By the end, it probably wouldn’t have the same meaning they originally wanted it to convey. It probably wouldn’t even be close.

Life is very similar. If you don’t know where you’re going- if you don’t have some sort of underlying purpose, you are going to lose your way. You’ll be blowing through the wind with nothing but a hazy sense of direction. This will be detrimental to your story.

Life is unpredictable. Some crazy shit IS going to happen to you, and it IS going to catch you off guard. But when you know what you want in this life- your story arc, your meaning, your dreams, your two Godzilla-sized thumbs-up Shakespearean masterpiece,  you have a foundation. A vision. A picture of your best self, your optimal life. So no matter how hard life rocks you in the gut and leaves you gasping for air, you’ll be able to recover and find your place again.

Your story is your compass. Your North Star. It’s the only thing that will keep you on track in this life. It’ll destroy your excuses and invalidate those crappy stories you’ll sometimes tell yourself.

Maybe you’ll be the rapper, writer, dating/pickup guy who went on to become a NY Times Bestselling Author and changed the world.

Maybe you’ll be the next Tom Brady.

I want it to be invigorating.

We build our stories and our stories shape the world. Some stories are forgotten almost as quickly as they came. They’re tossed on the bookshelf and left to gather dust. But if your story is good enough, it’ll help shape many stories to come. You’ll continue to leave your mark on this world long after your story is finished.

So figure out your story. Create your ending, and spend your life working towards that ending. Ask yourself: Are you crafting a life you are proud of? If not, then get off your ass and do something about it.

Your life will be the direct result of the many stories you tell yourself. Whenever you’re in doubt, remember: You are enough. Believe that story above all else.

And by the end, you just might have a masterpiece on your hands.

Have you told yourself limiting stories in the past? What are they?

What’s your optimal story? Tell us in the comments below!

And share this story, so I can continue to build my story and help you to shape your story. Confused? You should be. Share it anyway.

And don’t worry, I’ll share my story with you along the way.