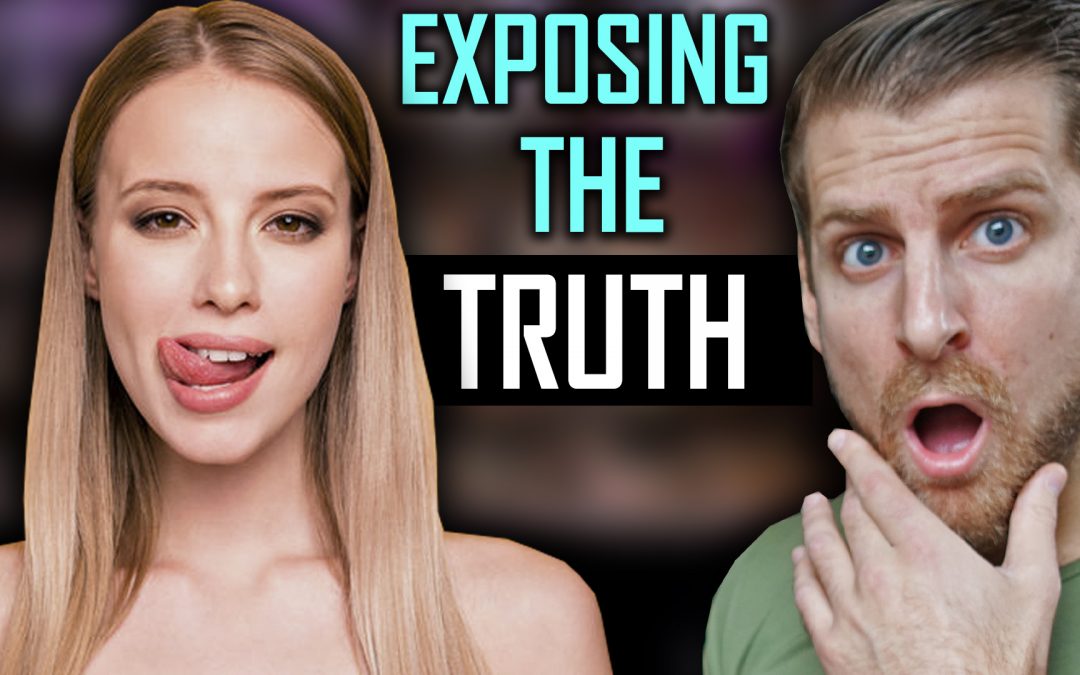 There are 3 big myths that society wants you to believe about women.

These lies will stop you from making the move at the right time, they’ll make you do stupid things, and they’ll cause a lot of problems for you IF you believe them.

But if you can see through the facade?

Well, you’re going to get the sexy girls that other guys dream about.

So, what are these lies? I reveal them in today’s video.

Check it out below:

Now here, I’m talking about the type of girl who’s open to sleeping with you quickly, whether that be on the first date, or hell, even in the first 10 minutes of meeting you.

Of course this is not gonna be every girl, but I’d say it’s definitely a far higher percentage than you’d think.

But most guys believe that most women would not be down for a quick hookup.

And because of this belief, they never go for it.

They don’t try pull her from the club, they don’t try to make a move on the first date, and the girls get impatient, because the dudes are moving slower than a turtle.

I saw one study where nearly half of all the women surveyed in their 20s said they’d had a one night stand. The other half were probably just lying about it.

These girls are scandalous bro.

There’s nothing wrong with that – it’s awesome when a girl is fun and open to having a good time.

But it does mean that if you believe most girls are NOT down for a quick hook up, you’re going to screw yourself.

Because while you’re wining and dining her and waiting for the perfect time to make a move, a dude like me is gonna be plowing her like a snowy driveway.

So what should you do?

First off, you gotta realize that MOST girls are gonna be down to hook up, if not on the first night, then likely within the first three dates.

I don’t care if she’s the most polite, innocent looking girl in the world, and she curtsy when she says hi.

Second, you gotta start moving faster with girls. Try to bring her home from the club, ask if she wants to have a drink at your place after the first date, and make a move.

Yes, you are going to strike out with more girls when you do this, because you’re taking a bigger risk, but in the end, you’re gonna get a lot more girls.

Because you’re leading and going for what you want, while these other jamokes are out here getting cucked.

Remember, these girls are scandalous.

There’s nothing wrong with that – sex is awesome. Hell, I wrote a whole book about it.

But if you don’t realize that women truly love sex, it’s gonna mess you all up.

You’re gonna treat sex as a “gift” she’s giving to you, instead of a mutually awesome experience that you’re giving to each other.

And you’re gonna wind up like one of those jamokes who jokes about how his wife is always holdin out on him.

So, what should do?

The next time you’re not sure if you should make a move, remember that women love sex, and they love men who go for what they want.

So just go for it. Obviously, like I said, don’t force it if she’s not into it, but take bolder risks.

Also, make sure you get good at sex. This is the best way to keep a girl hooked and coming for more.

3. All Girls Want a Relationship

Maybe she just got out of a relationship and she’s on the rebound, maybe she’s in her early 20s…or maybe she’s just in a “have fun and be free” stage of her life.

A lot of girls you meet are going to fall into one of these categories.

And if so, they’re gonna be very open to meeting a cool and fun guy if he comes along, and having some adventures with him.

And that dude can be you.

So what should you do with this information.

First off, If a girl asks you what you’re looking for, don’t be all fucking weird about it.

Just be honest and open with your intentions. Tell her you’re going with the flow right now but you love to meet cool people and have fun connections.

If she’s looking to have fun too, this is perfect. And if she does want a boyfriend, then you’ll be able to tell by her response, and you can go from there.

Second, don’t try to get all up in a girl’s shit, just because you slept with her a couple of times and you like her.

Keep it chill, let it breathe, and slowly try to build the relationship over time.

If she ghosts you, don’t beat yourself up about it, because that’s gonna happen sometimes.

This ain’t 1956 where you’re going steady with Susie from the breakfast diner down the street.

This 2019 where we got Tinder, Instagram and a million other apps that can distract her, have her meet another guy, or whatever.

So if it doesn’t work out, let it go, and move on.