NYC Adventures and the Legend of Pete (Part 1) 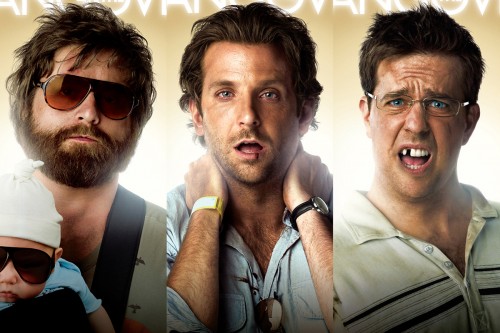 “So… Are you coming or not dude?” Steve says to me as we stand in the basement of a Boston parking garage. It’s 3:30am and we’ve already had a wild Friday night. “What else are you REALLY going to be doing tomorrow?”

Steve reminds me of a more hip version of Jason Segel, the tall goofy dude from How I Met Your Mother (although his personality is more like Barney). He’s probably about an inch or two taller than me and recently started sporting a comb-over that he’s still getting comfortable with. He works in sales and also manages a few DJs/artists so he’s naturally a socially savvy guy, not to mention he has some great connections.

“Honestly, I don’t know. I do have some writing I should be doing tomorrow”, I say hesitantly.

“All of your blog readers can’t wait another day? It’s going to be insane man. It’s NYC. But if it’s a time commitment thing, I understand.”

Steve told me about the NYC trip earlier in the week. He said he had an extra spot in the car and we would be driving down with his buddy Pete. I’d only need to pay for gas and food, because we’d have free drinks at the club since he was the DJ’s manager. Of course I thought it would be cool, but I didn’t think I would actually go. Besides, it was 3am and I really just wanted to go home and sleep. But as I stood there in the Boston parking garage, I thought, “Why not?”

“You know what? Fuck it. You’re right. I don’t want to be stuck in Rhode Island on a Saturday night. Let’s do this.”

I’ve come to realize that I rarely ever regret decisions like this. These are the kinds of adventures that make for great stories and are just fun as Hell. When I look back in 20 years, do I want to say I went home and slept and had a shitty, safe night in Providence? Or that I went to NYC on a whim and had one of the craziest nights of my life (so far). The choice is clear.

And so, the journey begins. I don’t really know Steve too well at this point- I met him through a mutual friend and we clicked because we have similar styles. We’re both social guys who are very good with women and neither of us really give a fuck.

I like going out with people I’ve just met. I have a hunger for new experiences and I always learn something when I hang out with new people. This is a complete 180 from how I used to be- a subdued, cautious worry-wart. I was kind of a bitch and I’m glad I’m not anymore. Life is more fun when you take risks and do epic shit.

Saturday afternoon rolls around and Pete finally gets to Steve’s house, albeit an hour late. Pete has kind of an artistic look. He’s sporting a pea coat, scarf, and shaggy hair that looks like a mushroom-cut left unattended for too long. Picture an artsy version of Shaggy from Scooby Doo.

Pete is a shy dude, but he means well. He’s not into the pickup stuff like Steve and I. He’s more into relationships (and video games) and he dates a girl long-distance from another country.

I introduce myself to Pete and the three of us head out to his car and start the long drive from Boston to NYC.

Stay tuned for Part 2 of NYC Adventures and the Legend of Pete.