3 Ways to Make Your Conversations Sexual

“What were you doing, bro? What was that?”

My friend had just approached a girl here in Playa Del Carmen. I was sitting beside him, so I heard the whole thing.

He was clearly attracted to her, but the conversation was painfully platonic. It wasn’t so much what he was saying (he was just BSing about her hometown), but the way he was saying it.

MOST guys come across in this very platonic way when they approach or talk to girls. They haven’t mastered their sexy vibe around women, so they’re always stuck in the friendzone – if they even make it that far.

You see, this creates a weird dynamic with the girl. You approach her because you’re interested, yet you communicate with her in a friendly, non-sexual way. It’s not congruent, and it puts her in an awkward situation. “Why is this guy even talking to me?” she’s thinking.

But wait – why should you sexually charge your conversations?

Put simply, in her mind, it’s the difference between being intrigued (i.e. “Mmm, who is this guy?) and being slightly annoyed or bored (i.e. “Why is he talking to me? I need to leave…”).

I took my friend aside to explain. “Look man, it doesn’t matter what you’re saying to her. It’s the way you say it and the intent behind it. You need to sexually charge your conversations…”

I then told him exactly what I’m about to tell you. He used these 3 points and got the next girl’s number.

With this in mind, here’s how you can make your conversations more sexual…

Sexual humor is great for adding a sexual undertone to the conversation. The point is to plant the idea of you and her doing things together, or at the very least, get her thinking of sex around you.

An easy way to get started is to reinterpret something she said, or something from the conversation in general, and turn it sexual.

Note: Before using sexual humor, you should have built at least a little rapport with her. Otherwise, it can come off as a little creepy. The more you try to use sexual humor, the better you’ll get at this.

The delivery is key here – you should have a sly, tongue-in-cheek type of smile. You want her to know that you’re joking, but also that you’re comfortable with the subject of sex.

And I assure you – with a little creativity, you can turn almost any topic into sexual humor.

Here are a few examples of sexual humor in action…

Self-amusement is also key here – you want to have fun with it. If you think it’s funny and a little sexual, be unfiltered and go for it. 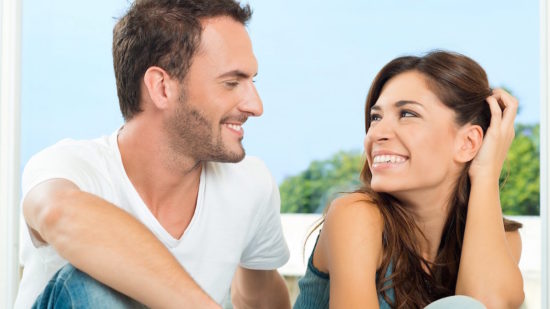 As a rule of thumb, slower is better. But when you’re a little nervous and talking to a girl, you can lose track of this. You start talking faster because it’s a nervous habit. This makes her uncomfortable and kills the sexual vibe.

Instead of a slow, controlled introduction, like: “Hey…I know this is random… but I just saw you walking by… and you caught my eye…and I wanted to say hi… I’m Dave…”

So, work on slowing down your speech. Be aware of the speed that you talk, and slow it down to the point where it feels like it’s too slow. Then, slow it down another notch from there. That’s usually the right speed for making things sexual.

This alone has changed the game for many of my dating coaching clients. It’s helped them to connect with women and have far better conversations. If you remember nothing else from this post, remember this point and slow things down. 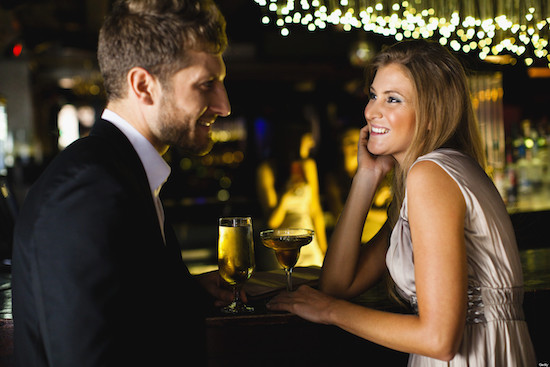 Why are you talking to her? In my friend’s case from the beginning of this post, he approached the girl because he was attracted to her. And yet he communicated with her like a confused tourist. He spoke with no intent.

You usually approach a girl because you’re attracted to her. There’s something about her that you find sexy. But throughout your whole life, you’ve been programmed to cover up your sexual desires. You’ve basically been told to hide the fact that you have a dick, thanks to all the crappy advice and political correctness in the media.

But you do have a dick, so you should act like you fucking have one. The girl should have no doubt that she’s speaking to a sexual man who goes for what he wants.

Your intent should come through in all the words you say. Even if you ask, “Do you know where the nearest Starbucks is?” you want to subcommunicate something like, “I think you’re sexy and I want to know more.”

On the surface, here’s what it looks like to communicate with intent:

Below the surface, you’re thinking:

This takes some work – but once you can start communicating with intent, your conversations with women will transform.

Are you tired of having platonic conversations that lead to nowhere? Start adding these four things to sexually charge your conversations, attract more women, and get more dates.

P.S. Tired of struggling with your dating life? Check out my coaching page here and find out how I can help you master conversation, have more sex, and date the women you want.