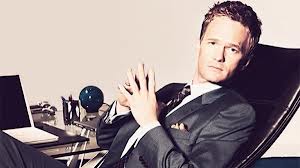 If you know me on a personal level, which you probably don’t because I’m a budding blogger celebrity and I don’t have time for the little people, then you know that I judicially watch only ONE TV show.

How I Met Your Mother.

It’s a comedic sitcom about how a hopeless romantic from New York City eventually meets the mother of his kids. I realize that sounds a little girly, but it’s not. If you haven’t heard of it, go watch an episode. It’s pretty epic.

My favorite character on the show is Barney Stinson, played by none other than the legen-(wait-for it)-dary Neil Patrick Harris. He is the MAN.

A complete ladies man who once achieved the elusive perfect-week, Barney Stinson has reached the pinnacle. Just killing it on every level like an easy super-Nintendo game. Really no stopping him. He’s on a tear like a divorced woman after a Lifetime-movie-marathon. Enough with the comparisons, you get the point.

Barney is no stranger to the coveted one-night-stand. Most men have, at most, no more than a couple of these nights in their entire lives. It’s like some sort of mythical moment that only occurs through a stroke of sheer luck dealt from the heavens. But guys like Barney Stinson have these nights whenever they please.

But don’t worry, if you follow this simple guide, you’ll be one step closer to mirroring Barney’s success with the ladies.

Barney is famous for rocking a suit on every occasion (besides funerals). He knows that no self-respecting woman is going to have a one-night stand with a scrub (this should have been blatantly clear after TLC’s song “No Scrubs”). So stop sitting in the passenger side of your best friend’s ride and dressing like a homeless man. Just not a good look bro.

Buy some nice clothes and look sharp. There are so many resources on the internet that can help you develop a fashion sense. You have no excuse. And you don’t need to spend a ton of money either.

Suit up with either a suit or some nice-fitting clothes, and make Barney proud. Build a cool outfit.

Barney Stinson let’s nothing stand in his way. He is always up for the challenge. In order to master the art of the one-night-stand, you must be up for the challenge as well. Accept challenges, grow some balls, and start talking to women. It’s difficult to have a one-night stand if you haven’t talked to anybody all night. Unless you’re like Barney Stinson, (which you almost certainly aren’t), you probably can’t initiate a one-night-stand on a whim.

But remember, no challenge is too big for you. No woman is out of reach. Challenge Accepted.

Barney Stinson is the king of legendary nights. If he’s not writing a play from his patented playbook, he’s hunting down cougars, seducing playboy models, or taking over the strip club. Partying his face off like he has an extra one to spare.

Do epic shit. Don’t let your inner-wussy inhibitions hold you back. Girls like legendary guys, not wimps.

Not to toot my own horn (actually yes, that’s why I’m sayng this), but the other night I decided to perform a stand-up comedy routine on a whim. I had nothing planned, and five minutes on stage. Literally had no idea what I was going to say. I winged it, and it turned out okay. Did it get me laid? Use your imagination you horn dog. Was it legen-wait for it-dary? Absolutely. I didn’t blow the top off the place but it was still a great time. Just one of those moments where you say “fuck it, let’s do this.” Check out a short video clip from the performance below:

IV. When You Get Sad, Stop Being Sad, and be Awesome Instead 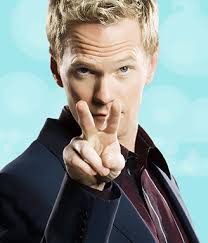 When Barney Stinson is on a roll, nothing can stop him. He doesn’t get sad, he just gets more awesome. This is a zen-like habit you must develop in order to have one-night stands.

Since most guys are absolute wussies and their balls shrivel up into fun-sized prunes when the thought of approaching a woman crosses their mind, you’ll automatically have an edge. But because you’re actually TALKING to women, you are naturally going to face more rejection than these shriveled up ball-sacks loitering in the corner.

Rejection is okay. It’s a part of social interaction. She’s not rejecting you, how could she? She doesn’t even know you yet. There could be any number of things affecting her on that particular day, or she might just hate your approach. Not a big deal. Don’t even let rejection register in your mind. You’re having a fun night and nobody can take that away from you.

When you stop being sad and be awesome instead, women will notice. Be awesome.

Barney Stinson is akin to the Bill Belichick of game. An X’s and O’s master, drawing up plays and perfectly coordinating women back to his bedroom. Clearly a master at work.

You don’t need to draw up your own masterful playbook, but it is good to have a plan.

Logistics are everything. If she lives 40 minutes away, has work the next morning, and is driving back with her fat friend who wants to get home and microwave that leftover fried chicken, then you’re fucked, and not in the literal sense.

If you’re trying to get a one-night stand, then figure out what she’s doing after the bar/club closes. Meet her friends, find out where she’s staying, how she got there, etc. Obviously don’t be creepy about it. This is a very casual and normal thing. You can simply say “What are you up to after this?” If the logistics aren’t right, the one-night stand probably won’t happen. If that’s all you’re going for, you might be better off just moving on at that point.

There you have it. The ultimate Barney Stinson guide to one-night stands.