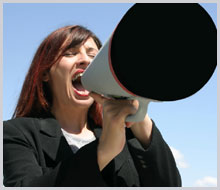 My biggest flaw is that I talk too much. It’s true, I do it all the time.

I talk about all the potential money I could make from freelance writing. I say I can make thousands of dollars per month. I do the math out and get excited by the calculations. I can make such and such an amount, all by working from my own bedroom! Of course it would be hard work, but it is possible.

I talk about my success with women. I tell stories about my escapades as a way to subconsciously brag about my “conquests”. I rationalize it by telling myself that the stories offer value to my listeners. Do they offer value? Sure, sometimes. But I’d be kidding myself if that was the main reason I constantly bring up these stories.

Despite all of my successful “stories,” I still have trouble in the college atmosphere. Unfortunately for me, that is where I currently find myself- at least until May. I am noticeably insecure in this atmosphere, and I’m not exactly sure why. Instead of working through this insecurity, I talk and complain about it, while using it as an excuse to justify my smaller level of success in the college atmosphere. It’s completely baseless.

I talk about how much potential I have in rap. It’s true, I’ve had a few impressive rap performances. I’ve rapped in front of thousands of people. I’ve felt the rush of energy as the crowd applauded my words. But the truth is, I haven’t written a full song in about a year. I’ve opened up for Big Sean, but that feat isn’t as impressive as it may sound. I happened to be back stage at a show and they needed an extra rapper for a freestyle cypher, so I hopped in. The result? Not exactly my best performance. In fact, definitely one of my worst. It’s fair to say I choked.

I talk about how people live mediocre lives. How they suffer through jobs they hate, wince through unsatisfying relationships, and settle for less than they truly deserve. If they just take a different perspective and start taking responsibility for their life, everything can change. Their dreams are possible. I talk about this, and yet, even though I’ve quit my dreaded 9-5 job, I have made little progress towards achieving my dream life.

It’s been proven that telling others about your goals makes you less likely to achieve them. When you reveal your goals to somebody, you get the satisfaction of feeling like you’ve already accomplished them. This is dangerous, because this is a false sense of satisfaction. You haven’t achieved anything yet, but you’ve tricked your brain into believing otherwise.

Successful people take massive action. They analyze their dreams and map out a path to bring them into existence. They are too busy working towards their goals to talk about all the possibilities. They’re too busy doing.

Do you find yourself constantly talking about the things you need to do? Join me in my goal of shutting up.

If you’re not yet convinced by my blabbering tale, these reasons should help put you over the edge- and shut you up.

Pitfalls of the Over-talkative Underachiever

You may think you have a great idea at first, but everybody on the planet probably won’t feel the same way. When you find yourself constantly talking instead of doing, you are often forced to justify yourself to some of these non-believers.

I was 100% certain that quitting my job was the right thing to do. I already had freelance gigs lined up, and I had been steadily building my skills over a period of a few months. This was the path I needed to take in order to work toward the life of my dreams.

Instead of shutting my mouth and doing the writing, I tried to do both. I bragged about earning location-independent income and how cool it was to make money online. The result? My motivation was significantly cut down and I started to slack on my writing assignments. I fell into a rut. I started to believe that maybe I should give up and get a “real job.”

If you take action instead of talking about your action, you can avoid this pitfall. When you try to do something out of the ordinary, people will doubt you no matter how amazing your idea is. You can summon the reincarnation of Shakespeare to formulate the most eloquent argument ever spoken, but even this will not be a formidable substitute for the results achieved by taking action. Save your breath and stop wasting your time. Take action.

If you’ve ever read How to Win Friends and Influence People (or any communications book EVER) you’ll understand that everybody has a specific topic that sparks their interest 100% of the time.

Hint: it has nothing to do with you or your lofty goals. So what is it? Themselves. People love talking about themselves. The more you talk to people about themselves, the more successful and fulfilling relationships you will have. And you won’t look like a pompous idiot by constantly bragging about your ambitions.

You’ll Get Nothing Accomplished

It can be fun to talk about your goals and all the possibilities they bring. But talking can be addicting. You’ll fall into a trap of constantly trying to justify yourself to others. Arguing that you have a great idea does nothing for your progress. It only wastes time. The more you try to prove your idea with words, the further you are from accomplishing your goals. When in doubt, shut up and get to work.

Strive to be the quiet overachiever and you can avoid these pitfalls. By sacrificing the small satisfaction of talking about your dreams and goals, you’ll stay hungry and harness your drive. This is one of the secrets to achieving greatness, and it is essential to living the life of your dreams.

But don’t just take it from me; Walt Disney said it too, and I think he ended up becoming fairly successful:

“The way to get started is to quit talking and begin doing.”