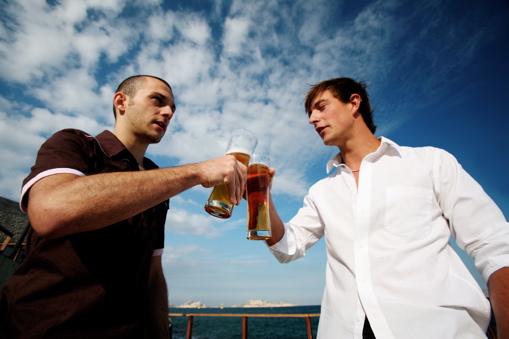 Bruno Mars may be the best wing man to ever walk the face of the Earth. Dude is straight up catching grenades, getting sliced up, taking bullets, AND jumping in front of trains for you. It’s like DAMN BRO, I just wanted you to distract this hot girl’s ugly friend for a few minutes, really went overboard there.

But Bruno Mars has the right idea. The role of a wingman can be a treacherous one, with hidden dangers always lurking right around the bend.One second you’re walking around the bar/party with your BOY, and the next you’re the unwilling lead-man in a rescue mission to save Ann Darrow from King Kong. 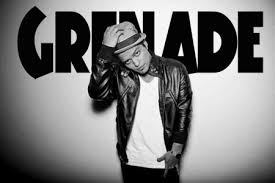 But before you ask yourself “WHAT THE HELL AM I DOING?!?!?!” and abort the mission, remember this: A wingman is one of the most valuable things you can have out there. It can LITERALLY make the difference between your buddy getting laid and getting his limbs TORN OFF by King Kong. Help him out now, and he’ll help you save your own Ann Darrow another night. It’s the code. And if he doesn’t reciprocate, you know not to wing for him anymore.

Keep in mind; you won’t always be absorbing a grenade or manning the chopper in an aerial assault against a giant gorilla. Sometimes you will like the girl and actually be interested in her. This, of course, is always helpful and makes things easier. But this is not always the case.

There’s more to being a wingman than drunkenly patting your buddy on the shoulder and saying “YOU’RE THE MAN BRO!” as you walk by. There’s some sacrifice and selflessness involved, but it can ultimately lead to some GREAT nights if done correctly. I can’t tell you how many times I’ve been talking to a girl and suddenly noticed all of my friends had engaged each girl in the group in conversation. I find it kind of hilarious and it really does start to seem like some sort of mini-battlefield strategy. A girl feels much more comfortable when she knows her friends are having a good time and she doesn’t feel like she’s abandoning them. This gives me enough time to either grab her number or move to a different venue with her. Just remember, a wingman can MAKE or BREAK you. Keep this in mind when winging and when choosing your wingman.

Your primary goal as a wingman is to help with LOGISTICS. This can get a little complicated, so for now we’ll just cover the basics.

There should only be ONE guy for every girl in the group. If this rule is compromised it throws everything off and creates competition. Competition only hurts your buddy’s chances of getting the girl and increases his chances of getting blown up by the grenade/torn up by King Kong. If two of your friends are chatting with two girls, DON’T enter the conversation. They don’t need you and this will likely just make things awkward and unbalanced.

2.)    Help Him Isolate
This is BY FAR the most important goal for a wingman. If your friend can’t isolate with the girl, the interaction will go nowhere. If you’re accustomed to approaching groups of girls, you’ll start to notice a few things. At first, a girl will almost ALWAYS look to her friend before responding to you UNLESS it is clear that you are in a 1 on 1 conversation with her. You can ask her something as simple as “Where are you from?” and she’ll look to her friend with a dumbfounded expression and giggle before answering.  If you don’t believe me, pay attention for this the next time you talk to a random group of girls. It’s hard to have a conversation like this. This phenomenon still baffles me but it can be easily solved with the help of a wingman. Help your buddy isolate his girl by doing the following:

Let me make this clear: By ABSORBING the grenade, I DO NOT mean you should sleep with her. Figured it needed to be said. As a wingman, you carry the responsibility of distracting the friend. Sometimes that can lead to one of the BIGGEST sacrifices you can ever make (in a 5 hour span at a bar): absorbing the grenade. I’ve done this my fair share of times and it is painful to endure. As I said, sometimes you will like the friend, but sometimes you will be disgusted by her in every fathomable way and she will make you SHIVER at your very core. You will HATE everything about her to the point where you question if your very existence on this planet is even worth it (Okay, I might be exaggerating a LITTLE bit). Here’s how to absorb the grenade and live to tell about it.

a)      DON’T Show Interest– Don’t make it seem like you’re interested in anything more than being friends. Avoid strong eye contact and keep conversation light. I’m a good conversationalist so I can usually handle this fairly well, but at times it can be tough.     Keep her distracted and try to make the interaction fun. You can literally say anything. Any topic besides the topic of your wing and her friend will do.

b)      Avoid “Wing-Watching”- Yeah, that’s right. I just coined that term. When you’re having a boring interaction, it can be easy to look in your friend’s direction. He’s having fun with his girl while you’re over here cringing and absorbing the grenade, trying not to explode. BUT DON’T GIVE IN. The second you look back at your friend, the grenade will do the same, and you are DONE FOR. She will get curious and go back up to her friend and everything will BLOW UP. Stay in her line of sight and try not to explode.

c)       Give your Wing Enough Time- Before you eject and abandon the grenade, make sure you’ve given your wing enough time with his girl. As long as he’s at least gotten her number, you’re good. Even better if he’s already left with her. Wing accomplished.

If you can understand these points, you are well on your way to becoming a great wingman, and you can help your friends become great wingmen and HELP YOU. Stay tuned for part 2 of The Wing MANifesto.

Feel free to contact me if there’s anything else you think needs to be added, and keep in mind there will be a Part 2.