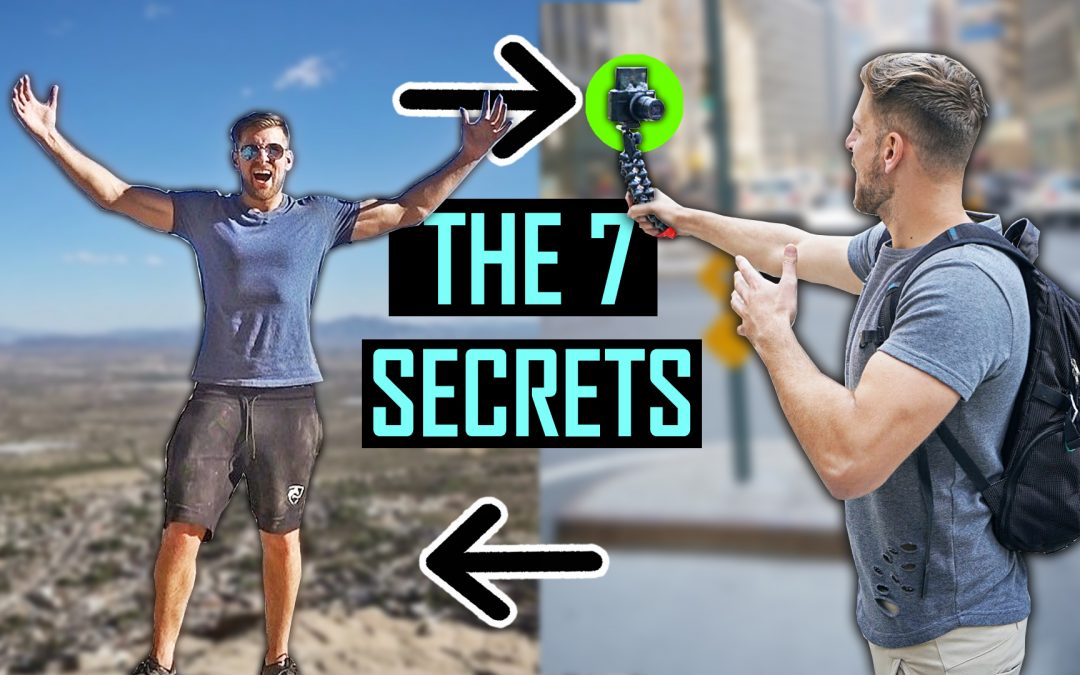 Are you ready to make 2019 the year you start dominating?

Most people SAY they’re going to “change things” every January…

But when December rolls around, it’s the same old story.

Don’t be one of those complacent people who change nothing year after year.

You see, with the right outlook and action steps, you CAN actually make huge changes this year.

How do I know?

Well hell, in 2014 I went from a failing, broke door-to-door salesman (who lived with my mom) to an online entrepreneur who traveled the world.

In 2016, I doubled my income and significantly upgraded the quality of girls I dated.

The past year, I went from 0 to 10k Youtube subcribers…

The point is, you can make the decision right now to start dominating.

And I’ve got just the thing to help you do it.

In today’s video, I’ll show you how. Check it out below:

I know there’s something you’ve been waiting to do, and you know you should do, but you haven’t done it yet.

Maybe it’s to start a Youtube channel, Maybe, it’s to get better with girls, or maybe it’s to do a 360 windmill dunk…

(i’m still tryna figure that last one out…)

Whatever it is, it’s time to stop waiting, and start doing.

You’re always gonna have a 100 excuses about why it’s the wrong time or why you can’t do it.

That’s why most people never do shit – they listen to the excuse voice in their heads.

But I know you’re not one of those people…

So what’s the thing you’ve been holding off on?

It’s time to take action, figure out the steps, and make it happen.

Because it ain’t gonna do itself…

Most dudes have no idea what they’re doing with girls, and that’s a fact

While the other dudes were just checking girls out from afar, without making any moves (telescope).

Here’s the thing man – they don’t teach how to talk to girls in school.

You either take the time to learn how to do it, approach girls, and try different things.

Or you keep doing the same things you’ve always done, and get the same subpar results.

Now most guys do the latter, because they’re ego won’t allow them to admit they need to improve and look for help.

Don’t be one of those guys.

I used to order shitty food off of Uber Eats like 5 times a week, and I always felt terrible after.

But for the past few months, I’ve been cooking meals with basically all whole foods.

This has helped me look better, feel better, and have a much clearer head.

The way you eat impacts every other part of your life.

So cut out the junk food, and treat your body and mind right.

Being a Youtuber, and being friends with a lot of Youtubers, I am no stranger to haters.

We see ya’ll in the comments.

And it blows my mind, because if you wanna be successful, you can’t waste your time and energy hating on other people who are trying to create shit.

You don’t have to be a shady Youtube commenter to be a hater though.

You could be a hater in your own mind too, just by questioning or rationalizing the success of other people.

The point is, stop hating, and start creating.

Whether that be creating your own type of content, or creating opportunities in your life, you want to be a creator instead of a hateful consumer.

5. Build Your Relationship With Your Parents

Your relationship with your parents has one of the biggest impacts on your mental health.

And if you want to make a positive change in our own life, developing that relationship will help a lot.

I’m not often back home, but I do make it a point to return a few times a year and hang with my parents.

We took a trip to Austin together this year, I’ve helped my dad improve his health, and I’ve been encouraging my mom to start telling the story of her inspirational double lung transplant.

All of this has helped me evolve as a man.

So, try to plan some fun experiences with your parents and try and have deeper conversations with them.

And remember that nobody’s perfect – so try and forgive them for any ways you feel like they might have messed up, even if they’re no longer around.

6. Smash Through Your Comfort Zone

You can’t have an amazing life if you’re trapped inside the confines of your comfort zone.

If you want to date a beautiful girl, you’re going to have step out of your comfort zone and say hi.

If you wanna travel the world, you’re gonna have to buy the plane ticket and be in a place you’ve never been before.

When I look back on my life, it’s the times where I stepped out of my comfort zone that have completely changed my trajectory.

You gotta understand: Most people are average – they’re never going to be even close to what they’ve could’ve been, because they’re afraid to take the risks that matter.

If you want to get the life you truly want, you need to do some things that scare you – and you gotta understand, it ain’t always gonna go your way.

But that’s okay – as long as you’re alive, you can keep going.

So, try doing more of the things that scare you in 2019. It’s time to conquer the beast.

7. Get a Consistent Workout Routine

For a while, I went to the gym and basically just did random stuff. Not surprisingly, I didn’t see great results.

But since I’ve starting using a consistent workout routine, I feel a lot better, and I’m seeing more gains in the gym.

What gets measured gets managed, and a consistent routine will help you measure your strength and continually improve it week after week, and year after year.