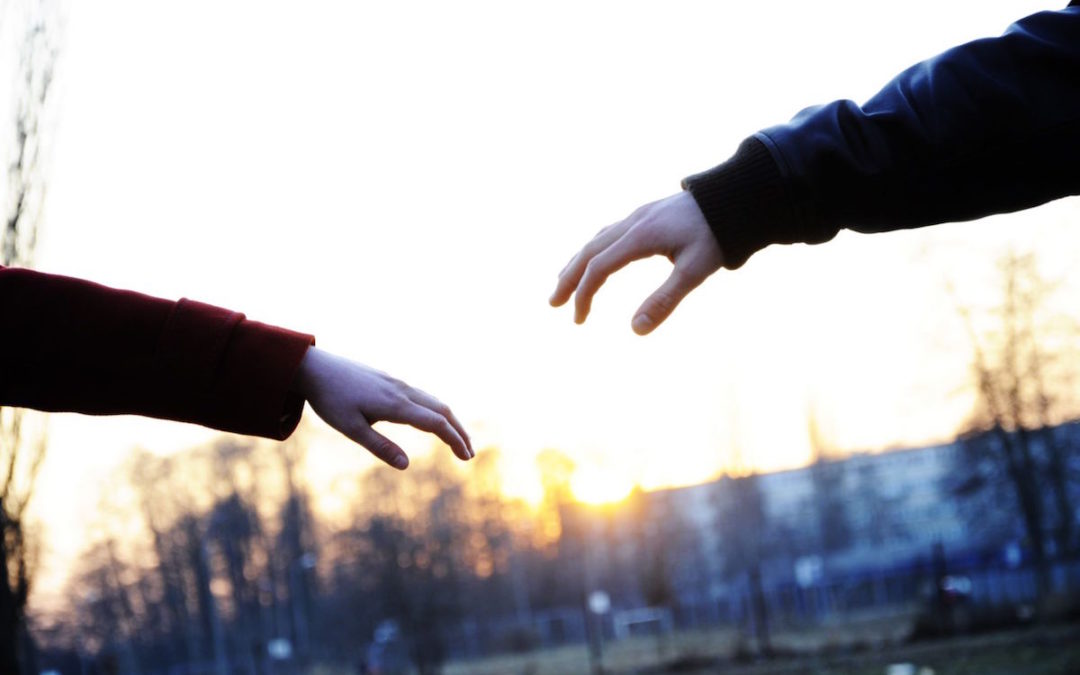 Every other day, I get a message from a guy asking this type of question.

The situation is usually something along the lines of:

In almost all these cases, I say the same thing…

You need to take the steps to let the girl go and move on. And you need to start having conversations with other women.

It’s hard for these guys to believe and accept this answer for two reasons:

Here’s the thing: it actually can be harmful – and very bruising to your self-confidence – when you vy for a girl’s attention and interest long after the opportunity is gone.

With this in mind, I’ll break this article into two equally important parts:

5 Signs You Should Let Her Go

1. She’s Communicating With You Less and Less

Maybe you used to have long, funny conversations every day. You could count on these conversations to be a bright spot in your day.

But now, these conversations are happening less and less. She’s not as responsive over text, and you’re almost always the one who contacts her first. It feels like you’re constantly chasing her.

You catch yourself making excuses for her. “She must just be busy with work or school…”; “She might just want a little space…” etc.

Realistically though, this is a sign that she’s just not that into you.

2.  She’s Says She’s “Not Ready for a Relationship”

Sure, sometimes women will be at a point in their life when they’re not actually ready for a relationship. For example, they just graduated college or they’re in the midst of some big life changes, and it’s not the ideal time to be dating someone.

But usually what she means is, “I don’t want a relationship with you.”

You can make all the excuses for her that you want, but here’s the truth: If you want a relationship and she doesn’t, it doesn’t matter what’s going on in her life – your dating goals aren’t aligned and it’s probably not going to work. Forcing it from here will be a waste of time.

3. She’s Not Excited About Seeing You 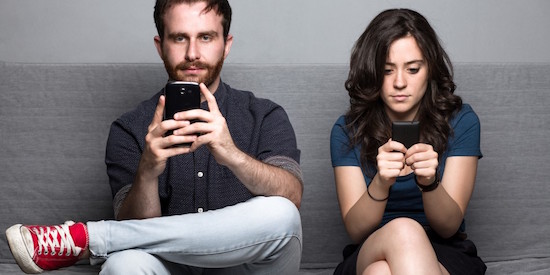 You used to be able to pencil her in your calendar for 2-3 times a week. But now, making plans with her feels like pulling teeth.

She’s got more excuses than a cubicle worker on SuperBowl Monday.

Now, you’re scrambling to find creative things to do with her, because she’s getting less and less interested with the chill nights at your place. But even the creative things don’t really excite her all that much.

Do you really want to pursue a girl who isn’t excited about you?

4. She Tells You She Needs Space (Or Signals It)

“I’m really busy over the next few weeks. I just need to focus on work/school right now…”

We’ve all heard something like this before. “She just needs a little space,” you tell yourself.

You’ll hit her back up in a week or two, and it will all be back to normal. Except that’s not usually what happens.

If she’s actually excited about you, she’s not going to need space – that is, unless you’re being overbearing, in which case any hope of a good relationship (of any sort) is probably already doomed.

If she tells you she needs space, or continues to “be busy” every time you try to make plans, then it’s probably time to move on.

5. Your Intuition Tells You She’s “Slipping Away” 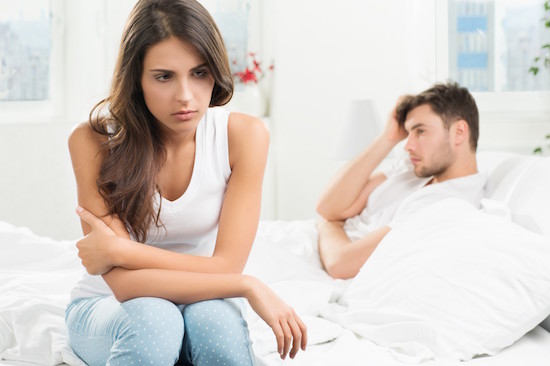 We all have intuition. It’s that “gut feeling” you get in certain situations. And man, when she’s starting to slip away, you’ll almost always get a gut feeling about it.

Most of us choose to ignore this gut feeling and rationalize it away.

But unfortunately, that gut feeling is usually right. For whatever reason, if you’ve got that intuition, she’s probably losing interest and “slipping away.”

In all of these situations, it’s beneficial to have a conversation with her about things. Just know that you might not like what you hear. So, prepare yourself and know that you’ll survive, whatever the outcome.

These are also all signs that you probably aren’t performing as well as you could be in the relationship with this girl (whatever kind of relationship it may be). You may be showing neediness, being overbearing or jealous, having trust issues, etc. It’s always good to look inward and see what you can be working on in yourself, to prevent these kinds of situations with women in the future.

Why You Must Let Her Go to Save Yourself 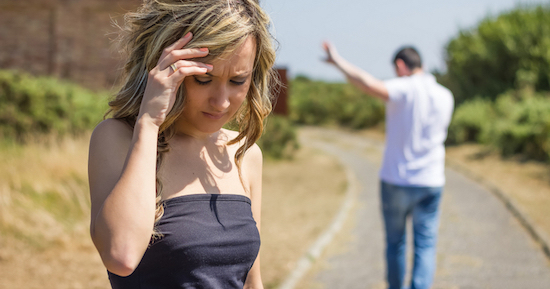 If you’ve gotten any of the above signs or similar, or you just feel like the vibe is “off’ and unfixable, it’s probably time to let her go.

Here’s why letting her go is a “must” in these situations:

1. It’s an Act of Self-Respect

Think about this for a second: How would it make you feel to date a girl who wasn’t fully committed to you?

Probably not all that great, right? You’d have constant insecurities coming to the surface, and some big time trust issues with the girl.

But when you keep clamoring for the girl, that’s exactly what you’re doing – trying to date a girl who isn’t committed to you. In doing so, you’re hurting your own self-respect and dignity.

You’re saying, “I know this girl isn’t completely sold on me, but I’m going to try to get her to date me anyway.”

Letting her go, instead, is an act of self-respect.

Picture a guy like James Bond or Leonardo Decaprio. What would these guys do if a girl they liked continued showing signs of disinterest?

They’d probably go and fuck another supermodel (or 10). They wouldn’t wait around, scheming for ways to win her back.

High quality guys don’t settle for women who aren’t into them. That’s because they know, inherently, that there are loads of high quality women who can and will be into them in the future. They don’t have time to waste with other girls who don’t fit the bill.

By clamoring for a girl who isn’t sold on you, you’re choosing to settle. Don’t choose to settle. Move on, be the bigger man, and take the life you were meant to live by the fucking horns.

3. It’s Holding You Back From Meeting Other Women

If you want to meet women you have chemistry with, you first must let go of this girl.

You see, by holding on to this girl, you subconsciously close yourself off from having chemistry with other women. You end up comparing every girl to your idealized version of this past girl (which is impossible to match up to), and when she doesn’t match up, you write her off, or don’t try to cultivate a deeper connection.

The solution? Let her go.

4. You’re Hanging On Out of Fear

This girl is awesome. She has all the things you want, right?

That is, except the strong desire to be with you…

And so, you’re hanging on to the hope that it will work. The hope that something will change…

Because you’re afraid you can’t get another girl as good as her.

But that’s bullshit. First off, if you’re living in this type of fear, you’ll be miserable. And second, there are literally billions of women you can attract, and millions upon millions of high quality girls.

No matter how cool this girl is, there ARE girls out there who you will have a better connection with and enjoy spending time with. And if you’re constantly improving yourself and living a life on your terms, you will meet these women over time.

So stop living in fear and let her go.

When you let the girl go, you signal to yourself that you aren’t the type of guy who settles. That you won’t tolerate mediocrity in your relationships. You’re not a doormat for women to walk on, and you’re not a sissy nice guy who women will lead on.

I know it’s not easy to let a girl go. Especially one you’ve had a great connection with. But for your own sanity and success in life, sometimes it’s what you have to do.

Most guys won’t let the girl go in these situations- but I hope you’re not like most guys.

As a final note, it’s also important NOT to get down on yourself. You might feel like, “Fuck, I gave this girl A LOT, and I showed her my TRUE self, only to have her lose interest? I must be a shitty guy.” That’s your ego talking, and you have to let that go too.

While it’s good to look at how you can improve, you also need to keep a level head. A lot of times, the connection faded due to some things that were out of your control.

Once you let her go and move on, you’ll realize just how powerful it can be.

Can you relate to this post? If there’s a girl like this you’re still hanging onto, why haven’t you let her go yet?

If you liked this post, you’lll love my new best-selling book: The Hook Up Handbook: 28 Sex Fundamentals to Give Her Mind-Blowing Orgasms. You can grab the book on Amazon here, or by clicking the banner below: